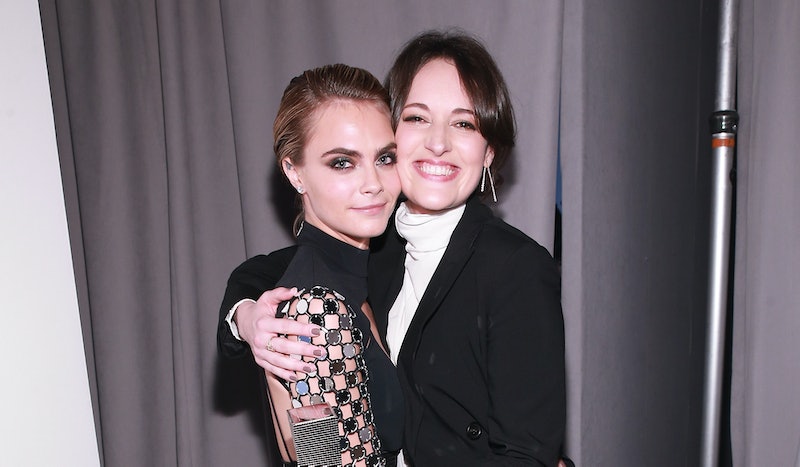 One of them created an era-defining TV series and the other is one of the most famous models in the world right now. It seems like a friendship made in the girl power heaven, right? But are Cara Delevingne and Phoebe Waller-Bridge friends, and what's the timelines of their friendship? It’d make sense that two of the coolest women in Britain would be friends, and it turns out they bonded over a particularly wild girls night out. If you’re prone to jealousy, you may want to look away now. Delevingne and Waller-Bridge may be part of the coolest girl gang around.

Everyone has those certain friends that when they get together for a night of wine and catching up, it can end up being a bit of a mad one. And it would seem that Delevingne and Waller-Bridge bonded on one such night. Speaking to Cosmopolitan, Delevingne revealed that Waller-Bridge and her have become tight really quickly.

The model said, “She's one of my really close friends. She's a babe. I was with her last week. I had a reunion with a lot of my English girlfriends and she came along and she was the person there that no one knew, because she's my newest friend."

If you’ve ever wondered what an award-winning comedian and model do on a night out, then Delevingne revealed all. She told Cosmopolitan:

Delevingne told Cosmopolitan, “Phoebe Waller-Bridge could be the Prime Minister.” Girl, I agree. It’d be a world where anything goes and no hot priest would be safe.

Delevingne and Waller-Bridge’s night out almost sounds like something straight out of Fleabag and these deserve to have a blowout bash. The pair have been making waves in their respective industries throughout 2019. In September, Waller-Bridge won a super impressive three awards at the Emmys. To celebrate her success, she posed for one of the greatest photos of all time, IMO. Delevingne unveiled her collaboration with Nasty Gal in October and was seen celebrating hard at the launch with girlfriend Ashley Benson.

I’m so here for the high-powered, super-talented women of the world coming together for raucous nights out and there’s no denying that it sounds like Delevingne and Waller-Bridge sure know how to party. Here’s to a fabulous new friendship.