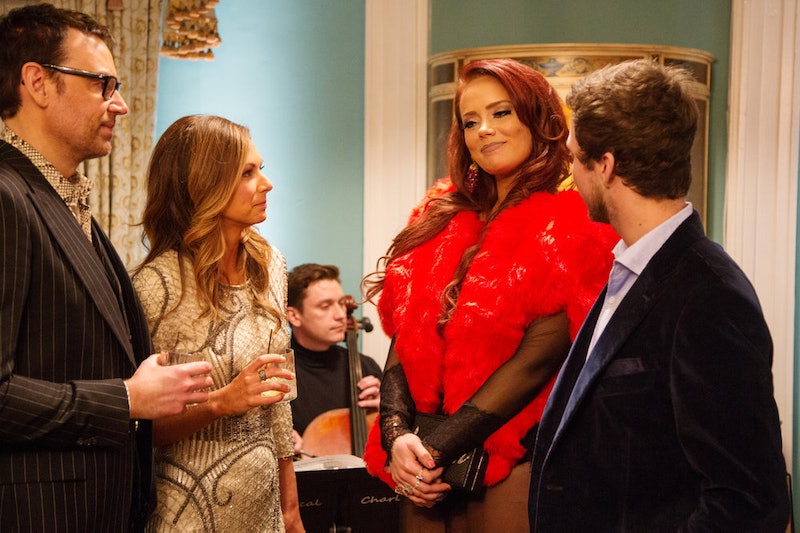 Kathryn Dennis may have been the outcast in the beginning seasons of Southern Charm, but that's all changed in the wake of her break from Thomas Ravenel. Watching Kathryn’s ascension through the ranks of Southern Charm — and watching her girl gang grow around her — has been one of the best parts about the past few seasons of the show. But, like all friends, these women have their squabbles. During the reunion it looked like Chelsea and Kathryn were fighting with each other.

Since Thomas hasn’t been on the show, due to his alleged sexual misconduct, Kathryn has grown in leaps and bounds. Patricia even invites her to parties now. She really just needed a good group of friends around her to help boost her up, and she’s been learning how to accept them — and be accepted — as they and she really are. Chelsea seems the opposite of Kathryn, but they do get along. Maybe they’re not BFFs — Danni is Kathryn’s, and Chelsea has Cam and maybe Madison — but they are definitely buddies, even if Chelsea seemed to take Austen's side when he was coming at Kathryn during the reunion.

The real evidence is that Kathryn has pictures of Chelsea on her Instagram, and vice versa, so there's no bad blood between them right now. It’s kind of what tends to happen when you’re friends in a big group. The relationships ebb and flow, but from what viewers can see on the Internet, Chelsea and Kathryn have no ill will toward each other, and if they did, they're the kind of women who would say it right then and there.

Their yin-and-yang thing is actually kind of fun to watch, mostly because they're actually mature adults. Kathryn has two kids and she's not trying to get caught up in the drama, and Chelsea is the kind of person to call someone out in the moment rather than let feelings fester forever... or until the reunion. In fact, Chelsea even said that about the Southern Charm reunion.

"It’s a lot of people just calling people out on their bullsh*t and not just letting things go," she told Entertainment Tonight. "I feel like everyone just tried to hold people accountable for what they need to be held accountable for. A lot of the reunion is things that people let linger... The reunions aren’t that hard for me, because I’ve already resolved those things."

Right now, Chelsea is working on her hair styling business (right now, she's working at Willow Salon in Charleston), and Kathryn is being a working mom to Saint and Kensie. She's also trying to figure out, per Us Weekly, her custody agreement with Thomas. A lot is happening, but isn’t it great to see a supportive group of women on television?

Kathryn’s friends have really gotten her through all the stress of the past few years, and at least in the case of Chelsea, they’ll be there to go forward into the future, too.