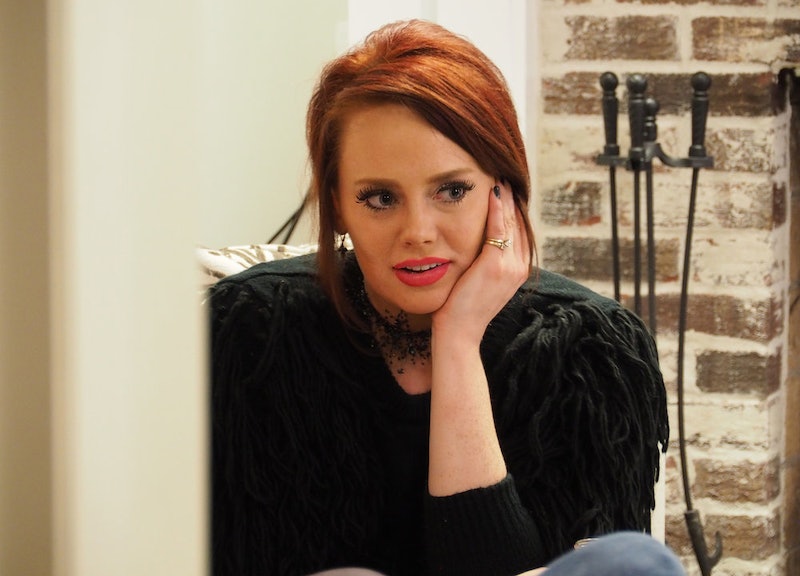 Charleston is apparently no stranger to drama, and most recently it was Kathryn and Danni who were fighting on Southern Charm. Their blowout stemmed from the girls' trip to the fancy treehouses and continued right on into Craig's pillow party. (Yes, all of those are real things.) Now that several months have passed since the show was filmed, are Danni and Kathryn friends after Southern Charm?

The initial fight occurred when Danni told Kathryn on the treehouse trip that she was hurt by Kathryn not calling her back for several days. Danni also said that Kathryn was self-sabotaging in her new relationship and several other things that Kathryn said made her feel bad about herself and "embarrassed." Then, Kathryn's refusal to talk things out at Craig's party left Danni sobbing on his front stoop.

In an interview with Entertainment Tonight, Danni explained why she confronted Kathryn in the first place. "It's hard to have conversations like that, or bring things up like that at all," she said. "So, sometimes it comes out when it shouldn't but, like, it just has to come out. Word vomit." Danni added, "[Kathryn] had moved mountains in progress. I could tell she was in a vulnerable position ... I was just thinking, man, I can't do this again. Like, no, It's like you're seeing someone [go] 80 MPH, headed toward a tree and you're like, 'Put the brakes on, please.'"

As of the most recent episode, things looked bad for the friends, but all fences have been mended since. For the Bravo Southern Charm after-show, Danni and Kathryn got together to talk about the state of their friendship now. Kathryn readily admitted that her relationship at the time was "affecting my friendships ... Danni and I have never had a fight like ever." Kathryn is now dating someone new, and seems to have left any friendship drama behind with that old relationship. Danni said that, following Craig's party, she "was hurt for like two weeks," but they seem to have worked things out shortly after that. "She means everything to me," Kathryn added.

Kathryn further praised her friendship with Danni on Instagram following the explosive episode. Kathryn posted a photo of her with the Southern Charm ladies and this sweet caption (it comes from a popular Pinterest quote):

"That's when I realized what a true friend was. Someone who would always love you — the imperfect you, the confused you, the wrong you — because that is what people are supposed to do. I’ve learned a lot from you @danni_baird and I LOVE YOU."

Danni also posted on Instagram a couple of weeks ago about her friendship with Kathryn, writing, "Love this human way more than gummy bears," alongside a photo taken on the treehouse trip.

Since filming wrapped, the two women have been hanging out a lot as evidenced by Instagram, so all seems right in their world again. Being real with a friend can be hard, but that is the mark of a true friend. Danni and Kathryn have been through a lot together. This fight was never going to bring them down, and fans can look forward to the day they'll make up on screen and put this drama behind them once and for all.