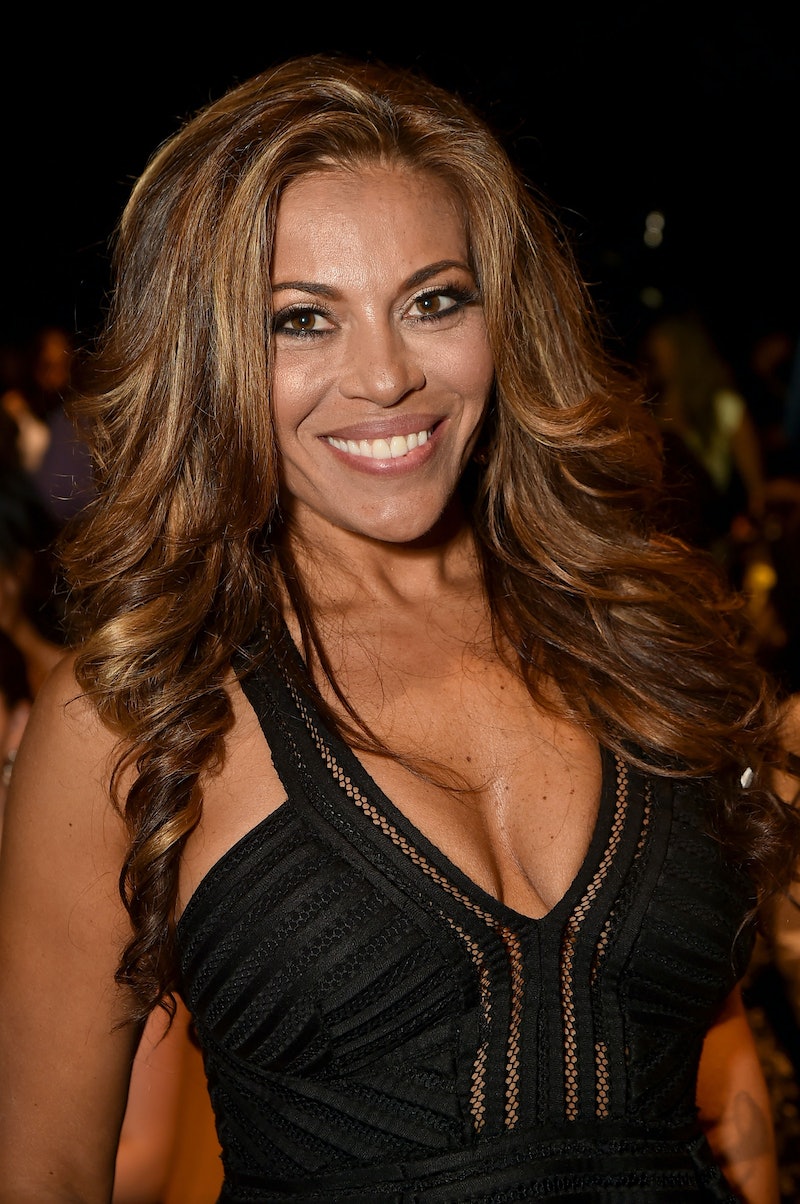 Dolores Catania of Real Housewives Of New Jersey fame has a very interesting relationship with the men around her — her ex-husband, Frank, lives with her, but they’re not romantically involved. They just hang out a lot! She is romantically involved, though, with Dr. David Principe. The two have been dating for over a year, but on Season 9 of Real Housewives Of New Jersey, it seems like Dolores may need something more than what David and Frank can give her. Are David and Dolores from RHONJ still together? Somehow, this big, happy, modern family just works.

Frank and Dolores married in their younger years, he cheated on her, and then they got divorced. They didn’t always live together in order to co-parent, though — Frank’s moving in with Dolores simply seemed a good solution when he and his longtime love broke up and their children, now older, started to leave the nest. Dolores had a big house and no one to live in it! This arrangement might seem strange to some traditionalists, but, as Dolores told Us Weekly in Summer 2018, it works for them and that there is “no animosity” between her, her ex-husband, and her longtime boyfriend. “It’s going good … It’s different,” she said. “I mean, how many people live together after being broken up for 20 years? I didn’t think it was going to be this long, but it’s working.”

This whole thing must be working, because David and Dolores are still together as of Dec. 2018. In Oct. 2017, Dolores told Bravo’s The Daily Dish that David was “very sexy” and “a little bit of a bad boy.” David loves his job as a perinatologist (a doctor that helps women deliver high-risk pregnancies), and he works all the time. "His first love is his job and that's a lot to handle because this is a man that works seven days a week,” Dolores said. “He's on call constantly. Yet, I'm very attracted to this man. I have a good time with him when I see him at 10 o'clock at night and I wait in front of his house for him to get home."

As evidenced by her interviews and her Instagram, Dolores and David are still dating — even building a house together — but Dolores’ time on Real Housewives Of New Jersey shows that it isn’t always easy. She is alone a lot, and she misses David when he’s working. She gets a friendship and companionship from Frank while David is gone, and that’s the situation that works for all three of them now. That said, Dolores needs to be upfront with her emotional needs with David, if she hasn’t been already, and if he can’t fulfill them (or if he’s not comfortable with Frank fulfilling them, which doesn’t seem to be the case), Dolores should move on. Her mother said as much at their date at the gym! Dolores’ kids are grown, and now, she has the freedom to make her relationships work for her, however that may be.