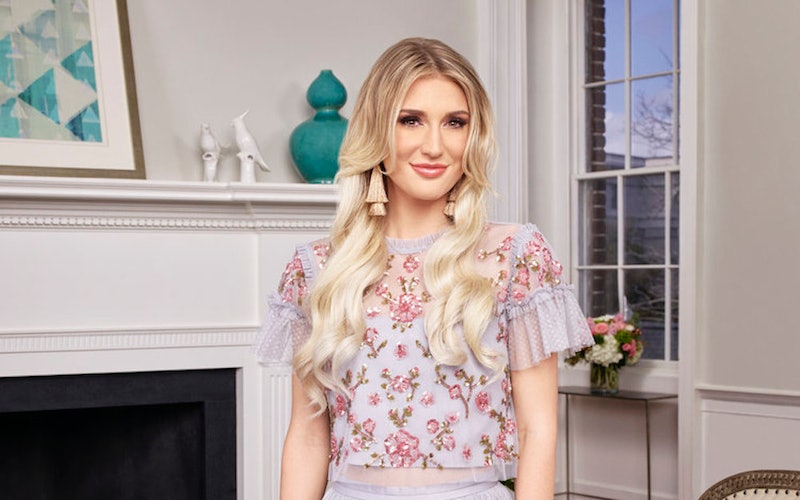 Ashley doesn't have many friends in the current Southern Charm cast, but Eliza was her one connection to the group. That's why Eliza invited Ashley to the skeet shoot and also the upcoming fox hunt, because Eliza knew that she was Ashley's only ticket to meeting up with the Southern Charm-ers and apologizing. But after her botched apology at the skeet shoot, if things go similarly at the fox hunt, will Eliza keep giving her more chances? It seems that Eliza and Ashley are still friends after Southern Charm, but they may not be as close.

Part of that is because there is literal distance between them now. In February, Ashley moved back to California, whereas Eliza still lives in South Carolina. It's hard to stay close friends when you're not close. Additionally, according to an interview Eliza did with Entertainment Tonight it does seem like Eliza was upset by some of Ashley's actions on the show — particularly in the still-to-be-aired episode where she crashes Patricia's party. Eliza said:

"I was so mad when [Ashley] crashed Patricia’s party. She asked me about it and I said, no! You’re going to make me look like an idiot for welcoming you back into this group. You didn't apologize, and then you’re crashing a party I’m going to? That just makes me look worse because I’m the one that has vouched for you ... shame on me for letting her apologize. She didn't do the apology I was looking for."

Eliza said during the skeet shooting episode that she'd invited Ashley because her religion preaches forgiveness. "The Christian thing to do is forgive and forget," she said. That's likely why Eliza agreed again to let Ashley come to the fox hunt to talk to Kathryn. There's no telling how that is gonna go, but the episode synopsis is ominous:

"Shep's ultimatum to Austen is tested after he and Madison reconcile. Meanwhile, Ashley resurfaces asking for a 'second' second-chance, which Eliza obliges with an invitation to her Fox Hunt. When Ashley and Kathryn come face-to-face for the first time in a year, the gang prepares for the brawl of the century."

If Eliza gets burned again at that event and embarrassed at the Patricia party, it wouldn't be hard to blame Eliza for cutting Ashley out of her life like most of the Southern Charm-ers have.

However, it doesn't seem like Eliza has done that. Her forgive and forget ways may still be at play, because, even though they don't live in the same town, they're still friendly on social media. Both Eliza and Ashley follow each other and regularly like each other's posts on Instagram. And, in July, Eliza said in a Bravo TV clip that Ashley was "a little crazy," but that Eliza knew Ashley had a heart.

Eliza aside, Ashley has already found a new BFF in her new city to have her back when no one else will. Southern Charm fans will remember her, because Ashley's new BFF is Landon Clements. The two were never on Southern Charm together, but they must have found some common ground in California, because they've been inseparable on Instagram.

Ashley burned a lot of bridges in Charleston, and even upset her only friend Eliza with some of her actions. But maybe the fresh start in California and the new friendship is what Ashley needed. You can only crash so many parties before you need to figure out a new approach to life, you know? And Eliza seems to be watching on social media from afar, living her life but also throwing Ashley a "like" every once in a while, as long distance friends do.