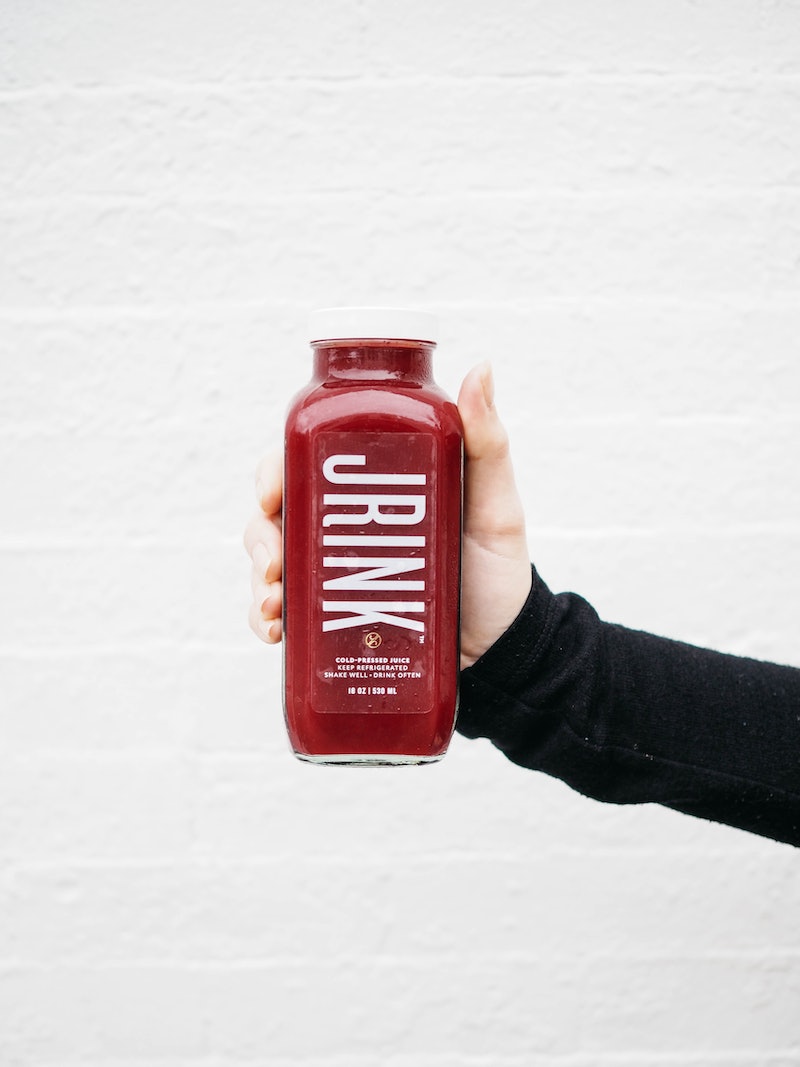 Energy drinks are a staple in a lot of young people’s diets. Men between the ages of 18 and 34 consume energy drinks the most according to the National Institute of Health (NIH), and one in three teens between the ages 12 and 17 drink them regularly. These caffeinated drinks are marketed as wonder-products that increase alertness and enhance physical and mental performance. But while many people already knew that energy drinks aren't too great for you, a new study has found a troubling link between energy drink consumption and mental health issues.

Researchers concluded that many studies found a link between excessive caffeine and sugar intake and adverse mental health outcomes, including stress, anxiety, and depressive symptoms, but it's not the only review to notice this link. An older Korean study, which was published in the Nutrition Journal, explored the association between energy drink intake, sleep, stress, and risk of suicide. And the results were startling.

Those who reported drinking energy drinks were more likely to be stressed, depressed, and dissatisfied with their quality of sleep. Even more alarming, energy drink intake was closely associated with suicidal ideation, a suicide plan, or a suicide attempt. The risk for mental health issues was higher when survey participants drank more energy drinks, and junk food consumption compounded these risks.

Because energy drinks are marketed towards young people, many studies focus on the impact of these beverages on children, adolescents, and young adults. Also, the human brain doesn’t stop growing until the age of 25, making young people particularly vulnerable to products that may negatively impact mental health.

Other previously published studies explore the physical effects of energy drinks and call into question the effectiveness of these products. According to the NIH, large amounts of caffeine similar to that of energy drinks can cause serious heart and blood vessel problems. Caffeine often contributes to heart rhythm disturbances and increases in heart rate and blood pressure. In addition, excessive caffeine consumption is associated with digestive problems and dehydration.

But the most surprising outcome of this research? There is no conclusive evidence that energy drinks do what they’re marketed to do, according to the NIH. There is some data that suggests energy drinks temporarily aid in improved alertness and physical endurance, but there is very little data that states energy drinks enhance strength and power.

If you’re looking to increase your energy and alertness, but want to skip all the potential dangerous effects of energy drinks, you’re in luck. There are plenty of natural foods you can enjoy that provide the benefits you’re looking for. Almonds contain Vitamin E and Magnesium and lots of protein, which can help sustain your energy levels of all day. Salmon, which contains omega-3 fatty acids, can elevate your mood and protect you from depression. And according to the National Heart, Lung, and Blood Institute, spinach is packed full of iron and can help improve concentration. Additionally, a different study recently found that drinking three cups of coffee a day has a number of health benefits, so there are options if you truly need that caffeine boost.

Although the study of energy drinks’ effects doesn’t state that energy drinks explicitly cause depression or other mental health issues, it’s important to recognize the potential association, on top of the other health effects of energy drinks. Check in with yourself and pay attention to how your body reacts to what you consume.

More like this
5 Signs You Have A Toxic Relationship With Yourself
By Lexi Inks
Dunkin’s Valentine’s Day Lineup Includes A Drink That Tastes Like Dessert
By Alexis Morillo
Pret & Costa’s Coffee Is The Strongest On The High Street, According To Which?
By Sam Ramsden
15 Black-Owned Liquor & Wine Brands To Add To Your Bar Cart
By Alexis Morillo
Get Even More From Bustle — Sign Up For The Newsletter
From hair trends to relationship advice, our daily newsletter has everything you need to sound like a person who’s on TikTok, even if you aren’t.