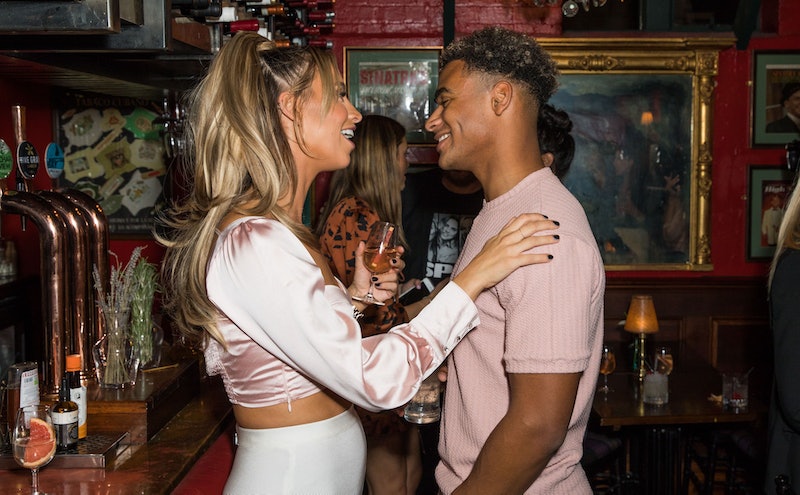 Our summer was filled with make ups and break ups as eight weeks of the sunny season was taken up with our favourite show Love Island. Eventually Amber and Greg were crowned the winners but, sadly, they split just two months later. A long with a lot of the other 2019 pairs. But just because Love Island is over doesn't mean the coupling up has stopped. And it seems like we couple have a new reality TV couple to get excited about. So, are Ferne McCann and Jordan Hames dating? When TOWIE meets Love Island: the ultimate TV love story.

So, as we already know, Jordan Hames starred on Love Island this summer where he found himself in a pretty tumultuous relationship with Anna Vakili, which ended in the two breaking up and being dumped from the villa. Ferne McCann, on the other hand, was a favourite on The Only Way Is Essex but she's since departed and has her very own show First Time Mum with her adorable daughter Sunday.

Just a few days ago, The Sun reported that McCann and Hames were spotted getting pretty cosy at McCann's cocktail launch party. In the photos, the pair can be seen kissing and chatting and looking really into each other. It's pretty sweet. And both The Sun and Metro reported that the two used this event to "go public," with their romance, so it looks like it could have been going on for some time, but they've just kept it under wraps. Metro also reported that McCann uploaded a photo of the two kissing to social media, but she has since deleted it.

It seems McCann has got a bit of a soft spot for Love Island alumni (and who wouldn't?!), as last summer she was linked to another former islander star Charlie Brake — he even make an appearance on her show Ferne McCann: First Time Mum, as The Sun reports. But it seemed that that romance fizzled out. Cue Jordan Hames.

I have reached out to reps for both McCann and Hames to find out whether we can take their public smooch as confirmation that they are dating, and to ask how the two of them met initially. I'll let you know if or when I hear anything back.

However, it doesn't look like everyone is totally happy about McCann and Hames' new romance. According to The Sun, fans have been warning McCann away from Hames claiming that he is "a chancer" and that she'll end up getting her heart broken just like Anna Vakili did on Love Island.

But McCan seems to be doing just fine and unleashing her inner dating goddess RN. In an interview with OK, McCann said:

"I’m taking a male approach to dating. I’m chatting to five different guys and they are all completely different."

She continued: I’ve learn from past relationships, and now I just want to make sure that the next person I date is the right one. I look at dating as a job. You wouldn’t just wait around unemployed, expecting to land your dream job. I have to kiss a lot of frogs until I find my Prince Charming."

So it looks like she is going to be just fine in handling this potential romance with Hames. McCann has shown herself to be quite the icon with these comments and it's clear she's thriving.

More like this
Lewis Hamilton Turned Down A Role In 'Top Gun: Maverick' For This Surprising Reason
By Darshita Goyal
A BGT star & A Football Legend Have Joined The 'Strictly' 2022 Line-Up
By El Hunt and Sam Ramsden
This 'Bridgerton' Polin x 'Love Island' Crossover Is Everything
By Darshita Goyal
Prince George Declined A Birthday Party Invitation In The Most Adorable Way
By Sam Ramsden
Get The Very Best Of Bustle/UK