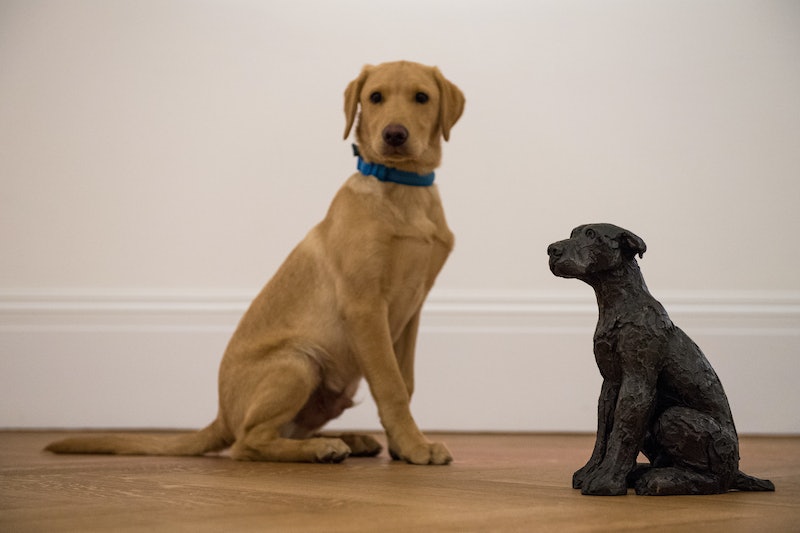 If you're a dog owner, you know that a dog will eat anything from your homework to prime rib — they're not picky. If your dog can chew it, you have to assume your dog might eat it, no matter how edible or inedible it might seem to you. You also probably know that keeping your dog's relationship with your food supply separate can be as seriously regarded as church and state. And while there are a lot of foods that the general public might be aware of as toxic for dogs — like chocolate — there are other foods that are way less obvious. Many people learn the hard way about the one food that is surprisingly unsafe for dogs.

The snack that you have to be most careful about keeping from your pup is seemingly innocuous, and what's more dogs love eating them. They're fun to chase, they're fun to chew and they're sweet and fresh — but grapes are toxic for dogs. If your dog has enjoyed a grape or two in the past, likely everything is OK, and the combination of your dog's size and the amount of grapes consumed did not have a toxic effect — lucky you. But now that you know, you should do everything that you can to ensure that your dog does not get a hold of grapes — or raisins.

Grape consumption (this includes raisins), even in small amounts has been known to cause both serious digestive and kidney issues in dogs. What's most concerning about grape toxicity is that doctors and scientists have not yet been able to pinpoint the exact toxic ingredient. Whether the grapes are peeled or seedless doesn't seem to matter, all types of grapes have been known to cause toxic effects, narrowing the toxicity culprits only down to the fruit's flesh. What we do know about the effects of grape toxicity is that in studies, dogs have experienced abdominal pain, upset stomach, loss of appetite, kidney failure, dehydration, seizures, and even coma and death.

According to the ASPCA Animal Poison Control Center, in the year 2016 alone there were 3,722 calls, or cases, involving grapes and raisins. If that doesn't sound like a lot, peep this statistic: there were only a total of 180,639 cases that whole year — so yeah, that's a lot. The one death out of all of those cases occurred because the dog was not taken to the vet until three days after consumption, meaning that a quick response is the difference between life and death for some dogs.

But what if your dog eats a grape or raisin and you don't even know about it? Short of keeping them out of your house, or closely monitored, you can keep an eye out for symptoms that your dog is having a toxic reaction. According to PetMD, if your dog is exhibiting signs of weakness, unexplained lethargy, and vomiting or diarrhea, you should take them to the vet. Gastrointestinal issues and a change in behavior is often a sign that your dog is sick, so either way it's better to be safe than sorry. And if you're super bummed out to learn that grapes are toxic, because you enjoyed watching your dog chase a grape around the kitchen floor, you can opt in blueberries. Blueberries are not toxic and actually boast antioxidants