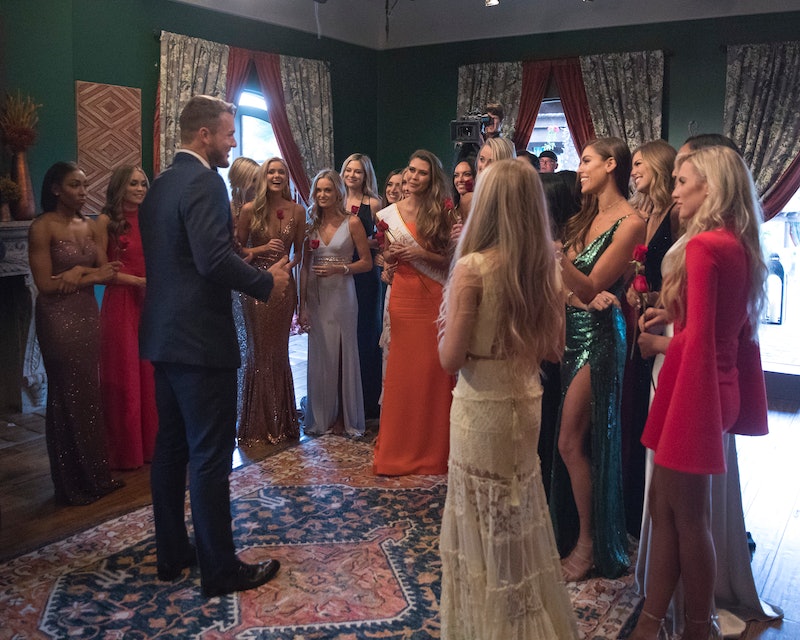 From what Demi says in the Bachelor in Paradise trailer, it sounds like Caelynn and Hannah G. could both be vying for Blake's heart this season. Or, at the very least, there's some history there. "So Blake slept with Kristina, Blake slept with Caelynn. Is he sleeping with Tayshia? Is he sleeping with Hannah?" Demi wondered in the promo. Considering that Hannah and Caelynn just got done competing for the same man on Colton's season of The Bachelor, they may be a little sick of that now. But are Hannah G. and Caelynn even friends? If they're not super close, they may be less hesitant to step on each other's toes.

Both women follow each other on Instagram, so it doesn't seem like there's any bad blood between them. But they also don't seem to be the best of friends, either. Both of them expressed interest in meeting Blake before Bachelor In Paradise, so it will be interesting to see how that dynamic plays out — but also if one of them ends up with Blake, that could further complicate things. Or it could be totally chill because they're used to love triangles by now after having been on The Bachelor together. Caelynn is best friends with the person who ultimately won Colton's season, after all.

Fans will have to wait to see if there's any drama between them on the show, but IRL they just seem to be busy doing their own things. Both women have their own Bachelor Nation friends, but it doesn't seem like those groups overlap too much. For example, per Hannah G.'s Instagram, she's particularly close with Katie, Demi, and Heather from Colton's season. She even went to Coachella with Katie in April. She also attended Onyeka's birthday in May alongside Heather, Kirpa, Katie, Catherine, Elyse, and Demi. Plus, she hung out with Katie, Jasmine from Nick's Bachelor season, and Wills from Rachel's Bachelorette season at the Revolve festival.

As for Caelynn, she's closest to Cassie. The two of them even live in the same apartment complex in L.A., according to Refinery29. They're also constantly posting photos of each other on Instagram, including this funny one of Caelynn third-wheeling it:

Aside from her BFF Cassie, Caelynn was spotted at Stagecoach hanging out with Whitney and Kristina from Nick's Bachelor season.

If Caelynn and Hannah aren't friends, it would be hard to blame Hannah. Potential Blake drama aside, Caelynn once criticized Hannah on The Bachelor, saying, "I think Hannah G. is so sweet and so kind, but I feel like she’s relied on her beauty for so much of her life." But they've never had any direct conflict, and perhaps they've made amends since that comment.

In any case, the two do follow each other on Instagram, so things between them must not be terrible. They mostly just seem to have different circles of friends within Bachelor Nation, which is totally OK. It's a big place with lots of people. Not everyone needs to be Bachelor BFFs.