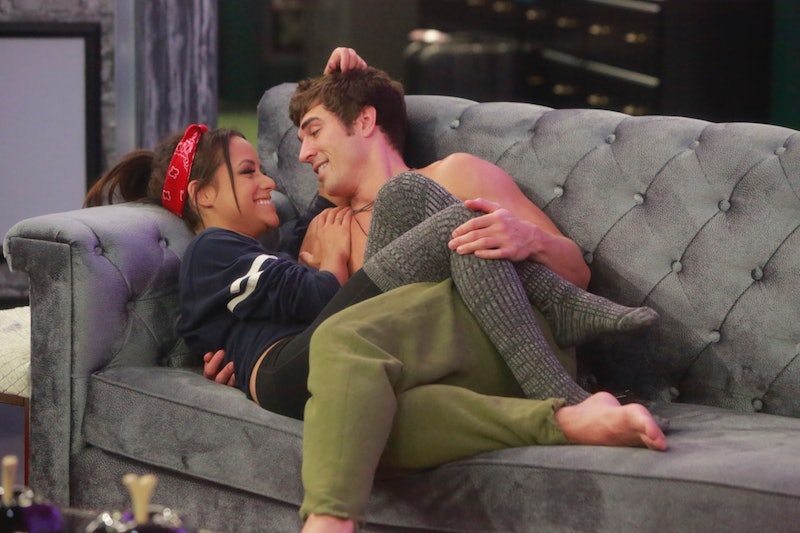 Big Brother fans are well-versed in the relationship of former contestants Jessica and Cody, and now they're going to be reintroduced to the couple as they begin to compete on The Amazing Race. They had an interesting dynamic in the infamous reality television house and it's may have left viewers wondering — are Jessica and Cody from Big Brother still together?

Luckily for those who 'shipped them, it seems as though the pair is still going strong. Though they were ripped apart from each other earlier this year on Big Brother with one sent to the Jury House and the other kicked off the show entirely, the two confirmed several times that the relationship wasn't just a ruse for good TV. Cody said "I love you" to Jessica following her departure from the house, and in her exit interview, Jessica said that their feelings for each other were "absolutely" the real deal.

Big Brother's season finale was earlier this year, and as recently as this past September, it seemed, Cody and Jessica were still very much in love. In an interview with Entertainment Tonight following the debut of the finale, Cody called Jessica his "forever girl."

"I am just extremely happy to be with her," he told ET. "I haven't been around somebody I trusted for who knows how long. So, I'm just happy to be around somebody I can trust." Jessica also seemed very much on the same page as Cody in terms of their relationship. "We have a gameplan [for the future]," she said in the same ET article. "You guys will have to wait and see… I think after tonight, you're gonna see us permanently attached to each other."

It seems they've been true to their word, and are apparently still just as willing to share the intimate details of their relationship with a nation of viewers as they continue their journey in reality television. When The Amazing Race premieres with its new cast, they'll be thrown back into stressful situations, though it'll be a far different atmosphere than the Big Brother house. In an interview with The Hollywood Reporter, Jessica and Cody noted that although they tended to disagree on many things during their time on Big Brother, they think they've worked out a system to succeed on The Amazing Race. "This is something Cody is going to shine in. So this time around, he's the boss," Jessica said. "But he shouldn't get used to it."

It's also very clear from Jessica and Cody's respective Instagram accounts that they're still very happy with each other. They frequently share photos snuggled up next to each other, even long after their season of Big Brother has ended. Jessica's Twitter account also says "Cody's girl" in the biography and features a header picture of the two of them sharing a kiss. From the looks of it, this romance has in no way cooled down.

It seems that they'll definitely have support from past Big Brother cast members, including Christmas, who joined them on BB and who admittedly had her share of problems with the couple. Despite this, Christmas said she's going to be cheering them on. “Whatever happened between Cody and me in the house, or Cody and me and Jess in the house, or me and Jess in the house — for me, that stays in the house. I can get past that,” Christmas told Us Weekly. “I know that they’ll do well [on The Amazing Race]. They’re both very physical, they’re very sharp. I think that they’ll do well.”

The two are obviously very excited for the new adventure, and longtime fans of both The Amazing Race and the couple themselves are likely in for a wild ride.