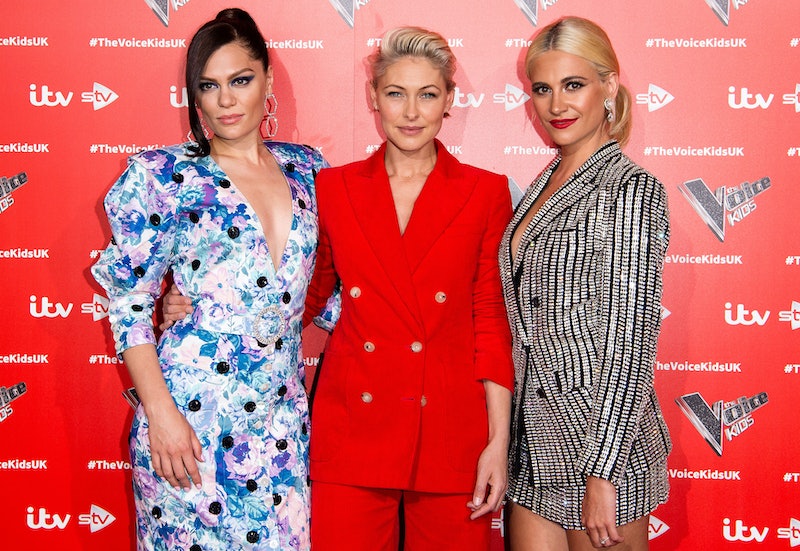 This Saturday (July 27) the winner of The Voice Kids will be announced, after the four finalists will go up against each other one last time to take the title. Lil Shan Shan, Keira, Sam, and Gracie-Jayne have proven that they might be young but they’ve got bags of talent. There have been some changes to the show this series including the introduction of new judge, Jessie J. She’s got loads of experience on The Voice, both in the UK and down under, so it’s little surprise she’s fit right in. So if you're wondering if Jessie J and Pixie Lott are friends and can you be part of their crew, then read on.

The pair have posted some seriously cute pictures during the series, started to gain success around a similar time, and are super friendly on the show. It seems like a match made in music heaven and a fabulous friendship appears to have flourished between her and fellow judge Pixie Lott. In an interview with the Evening Standard Lott revealed that the onscreen chemistry you see between the judges is all real. She said, “we all get on so well and it’s so nice to have a girl with me in the middle of two crazy boys. We’re all laughing or crying. I’ve worked with Jessie before but not as closely, so it’s been lovely to get to know her better. She’s amazing. It’s been so much fun.” She continued:

“She’s so great with kids. Working with kids brings out your inner kid, so that’s why we have very silly moments.”

From singing together to judging side by side, it’s clear that Lott and Jessie J have a pretty awesome friendship going on, and everyone needs a work wife.

Jessie J may have only joined the judging panel on The Voice Kids this series but she has a ton of experience with the show. The 31-year-old recording artist joined the show back in 2012 and 2013 to sit on the judging panel for the first two series of The Voice UK. She went on to appear as a coach on The Voice Australia in 2015 and 2016. This series marks the first time she’s worked with kids and she’s been a stand out judge.

It’s clear that the feeling of friendship with Lott is mutual too as before the first episode in the series aired Jessie J took to social media to say, “I have loved every second of this series sitting next to this beauty @pixielott. THANK YOU for making me feel so welcomed and holding my hand when I was nervous on my first day back. Giving me advice and all the girly chats whenever one was needed. What a joy it is to have girl power on mainstream TV. Women for women on and off camera is the best. It’s how it should be always.” This is giving me all the girl power feels.

You can catch Jessie J and Pixie Lott in action with fellow judges Danny Jones and Will.I.Am on July 27 at 7:30 p.m. on ITV. One of the finalists will be walking away with a family holiday to Orlando and a £30,000 bursary towards their musical education. But who will it be?

More like this
Siva Kaneswaran's Net Worth Shows The Value In Chasing The Sun
By Bustle UK
Michelle Heaton’s Husband Is Her Biggest Supporter
By Darshita Goyal
This 'Emily In Paris' X 'The Hills' Crossover Is Très Chic
By Marenah Dobin
You’ve Got 'Love Island’s Farmer Will All Wrong
By Jack Orenstein
Get The Very Best Of Bustle/UK
Sign up for Bustle UK's twice-weekly newsletter, featuring the latest must-watch TV, moving personal stories, and expert advice on the hottest viral buys.