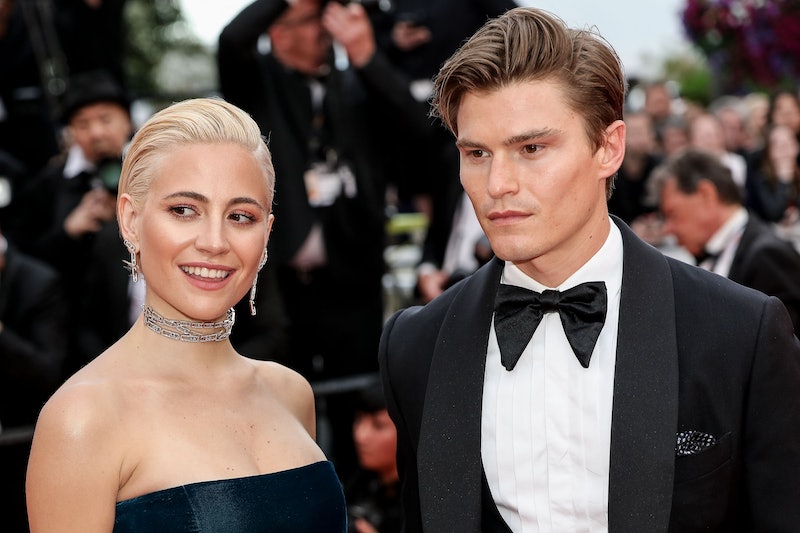 After getting engaged to model Oliver Cheshire in November 2016, fans of Pixie Lott have been eagerly awaiting the day that she and her husband-to-be officially tie the knot. Since it’s been a solid three years since the couple shared the news, so it’s no wonder that while Lott was promoting The Voice Kids UK last month, the topic came up pretty frequently. And as the singer revealed in an interview with Lorraine, it turns out that Pixie Lott and Oliver Cheshire’s wedding will take place next year.

Speaking about how she and her fiancé “have both [been] busy with their various work commitments” as the Daily Mail reports, it was only natural for them to push the date back. “[O]bviously I can’t wait to get married and we’ve been together such a long time and I don’t want to rush it,” she told presenter Lorraine Kelly. “I’ve been so busy doing new music and Ollie’s got his clothing range so I don’t want to wedge it in, we’re taking our sweet time.”

This is the second time that the singer has spoken about their wedding being postponed, as a month after they got engaged she told The Sun that while they were hoping on getting married in 2017, it would most probably be the year after due to their busy schedules.

“I haven’t got into plans yet… I feel like he did just really surprise me,” she told the newspaper during the BBC Music Awards. “Next year is going to be super-busy because of new music and loads of stuff. I don’t want to rush it. I want it to be absolutely perfect. So if I don’t get time to do it next year, it will be 2018 for sure.”

While the date has continuously changed, the plans have not. As The Sun reported last year, the couple may have two weddings (think Nick Jonas and Priyanka Chopra) so that they can celebrate the occasion with their entire family. “I want something classic. I want to look back in 20 years and still be happy with it,” she said. “Nothing too trendy. I don’t want to be like ‘What was I thinking?’”

“We want to be in the UK for sure, because we have a big family and want everyone to be involved […] The dream is to have a really little one afterwards in a hot country with just immediate family.”

It was also reported that Lott was going to be accompanied by 18 bridesmaids, which was something that was brought up during her interview on Lorraine. When asked whether or not this was still the case, Lott confirmed that this was the case. “Yes they are still happening — they haven’t been cut and they’re still going strong.”

So it looks like there’s still a while to wait for Lott and Cheshire’s big day, despite the confusion in early April that they seemed to have got married in secret. After posting a photo reel for her mum’s birthday, Lott could be seen in what looked like a wedding dress which got fans super confused. However, her rep later confirmed that a wedding didn’t happen.

“Pixie and Oliver have not got married,” her rep told the Daily Star. “They’re engaged and Pixies is currently on holiday and celebrating her mum’s birthday.”