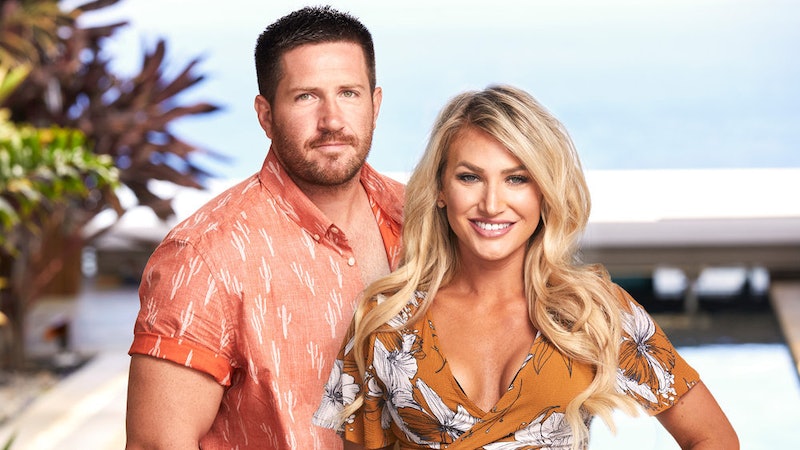 One element that is vital to the success of a romantic relationship is a willingness to be vulnerable and open — something with which the four couples featured on Temptation Island tend to struggle. Nonetheless, they all made the choice to go on the show and test if their relationships are strong enough to survive. Whether that was the right decision, we don't know yet, but "Are John & Kady still together?" seems to be the most pressing question at this point.

Thus far, Shari, Javen, Carl, Nicole, Kaci, and Evan have all expressed that they miss their S.O.s and wish they could talk to them about their experiences. Some of them have even shown remorse for deciding to live on the island in the first place. John and Kady, however, seem to be the odd ones out.

While on a horseback riding date, Kady told Wynn he's "more of an alpha-male" than John — which she liked. In the same vein, she questioned whether John would be a good father because he's more sensitive, which was hard for him to watch considering his dad committed suicide only five years before.

"For her to say that and know my past, that's why it stung a little more," he said on the show. Kady also made comments that she wished John was more "manly" and less "city." In an interview (in which John also participated) with PopCulture, she backtracked and said she should've worded things differently, that she was going for something like "a soul for adventure" and "wanting to get outdoors and get your hands dirty." She told Entertainment Tonight that because she grew up in west Texas, she's "used to things being a certain way," referring to a man's role in a relationship.

When John first heard Kady's comments, he seemed to raise the proverbial flag of surrender. On his zip-lining date with Rachel, he vented to her about the situation. "I know I've been a good boyfriend to her," he said. "But if she thinks otherwise, then you know, move on. Let's not waste each other's time." Ouch. Rachel later said that she felt as though John was giving up on Kady, and she didn't blame him.

The couple met on Bumble, and at the time the show was filmed, were dating for two and a half years. She said she came onto the show because she "wasn't 100 percent sure" if John was the one for her. Since the show premiered on Jan. 15, she hasn't shared an official relationship status update on her social media. Most of her Instagram photos are with her girlfriends, and, naturally, there's no relationship information to show on her Facebook. John, meanwhile, has posted a lot of promo for the show on his Instagram, and while there are photos of him and Kady still up, the most recent one is from August. Kady sahred the same picture at the time, and has since shared only one other photo of John: a press shot ambiguously captioned, "Omg still can’t believe we put our relationship through the ultimate test on Temptation Island! Do you think we stayed? Or strayed?"

Kady, John, and the rest of the cast will probably remain tight-lipped about the state of their love lives until the Temptation Island season finale, but as of right now, the future's not looking so bright for this couple.