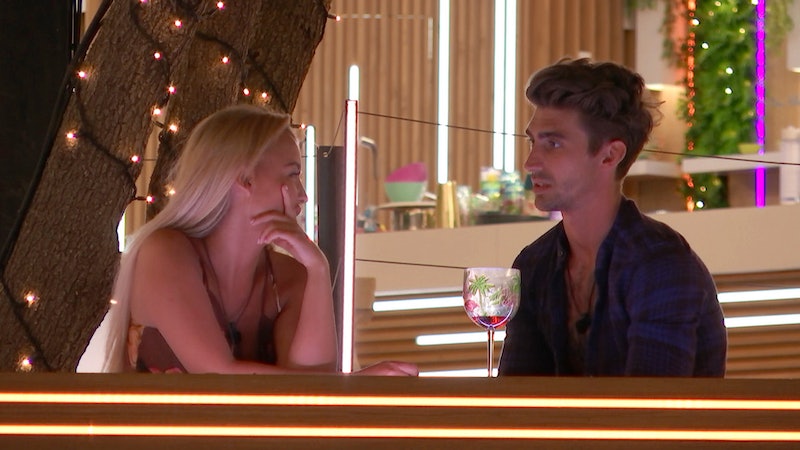 The Love Island final is just around the corner and it won’t be long before one couple is crowned the winners of 2019. From the immense drama between Michael and Amber, the pure friendship being exhibited by the girls, and the world being introduced to the legend that is Ovie, this season has been epic. While four couples are left standing the villa has been packed with some incredible characters and budding romances that had their air time cut short. So, are Chris and Harley still together? Pretty soon after Chris entered the villa it became abundantly clear that he was going to be one of the funniest islanders of 2019. Harley may have only been on Love Island for a matter of days but they seemed to hit it off.

Update: Chris took to his Instagram today (Aug. 19 2019) to announce that he and Harley have split. He wrote: "serious post for once guys. I’m sad to say that both Harley and I have parted ways and came to this decision last night, despite rumours from the media last week. Both of us have been very busy with separate opportunities and haven’t had enough quality time for each other. We both have the upmost support and respect for one another and the decision was made amicably. I wish her all the best and will always be glad we rode the Love Island adventure together. I will be very proud of everything she has done and everything she’ll do. The future is bright crumpet go get em! Chris xx"

Previously: They may only have been coupled up in the villa for a few days but everything suggests that Chris and Harley made a real impression on each other. I reached out to representatives for the pair to confirm whether they’re still together. I am yet to hear back but will be sure to update this when they do. However, if you saw them on Love Island Aftersun on July 28 or have been keeping up to date with either of their Instagram accounts it would seem they’ve kept in close contact since the show.

In an interview with Love Island queen Caroline Flack about their short time in the villa together questions rounded on whether the pair were still seeing each other now life has gone back to relative normality. Flack asked, “what’s your relationship status now?” to which Chris gave a bit of a vague answer. However, after some further digging and Flack asking if they’re exclusive he said, “we haven’t even chatted about that have we? Do we have to do that now in front of all these people?” Flack sealed the deal when she asked if either of them are allowed to date other people and they both said no. Another success story for the villa.

Hearts melted as viewers watched Chris and Harley get to know one another on their baking date only a week ago. There was no denying there was some serious chemistry flying over that bread. While the Headliners task brought a bit of tension in their relationship in Majorca it was nothing some breakfast couldn’t sort out and their fellow islanders were sad to see them go so soon.

Since leaving the villa on July 24 the pair have been all over each others social media. However, Harley has revealed this is a point of sensitivity for her. Speaking to The Mirror about the trolling she received while she was in the villa she said, “I'm going to take everything with a pinch of salt. If there are any negative comments then I'm just going to try and ignore them. And if there's anything positive, I will try and keep them in my head as much as possible." My only complaint is that viewers didn’t get to see enough of Harley.

They may not have starred as one of the main couples in Love Island 2019 but it would seem Chris and Harley are going strong. There will only be one place to be tonight (July 29) at 9 p.m.. The winner of Love Island will finally be announced. So get your votes in and make sure you’re tuned into ITV2 for what promises to be a fun final show.