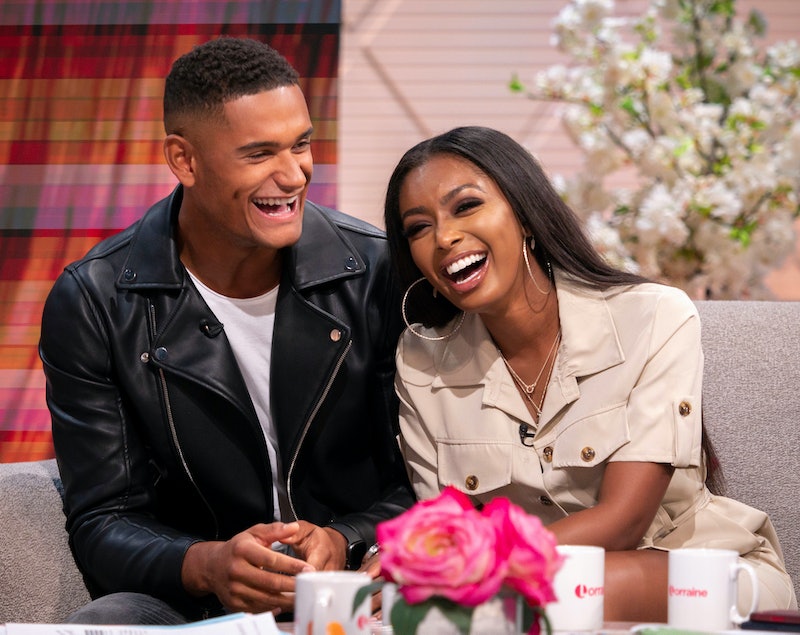 It’s time to figure out what you’ll do with that extra hour each evening because tonight marks the end of Love Island. As sad as that may be, the finale means that all of this year’s contestants will be together in the villa once again to watch the Flack Attack announce 2019’s Love Island winners. With that in mind, I’ll deffo be on the lookout to see what Danny Williams and Jourdan Riane are up to. The couple certainly became a major talking point for this year’s series, but are Danny and Jourdan still together?

After being dumped from the villa a couple of weeks ago, it seems that the pair are a definite match. While Williams did get called out for his speedy re-couplings by Caroline Flack on After Sun following their exit, it seems that Riane came into Casa Amour just at the right time for them to begin a lasting relationship. Although, the two are definitely taking things slowly as they haven’t actually made it official just yet.

During an interview on Lorraine, the couple was asked by Dan Wotton whether they are actually girlfriend and boyfriend. “Well… we’re like this close. I’m just waiting on him,” Riane said, with host Lorraine Kelly interjecting that they’d “met the in-laws”. Williams then confirmed that they are indeed dating, but they’re taking it “step by step”.

“I think we’ve established that we are literally like best friends, and I’ve always said that like I’ve wanted a best friendship and then a relationship,” Riane added. “So we’re very much like right there.”

The couple then appeared on Capital FM a couple days later, and after being asked the same question by host Roman Kemp (i.e. whether they’d talked about being boyfriend/girlfriend), Williams confirmed that they were officially a couple.

Both also mentioned how they’d met each other’s family already, but as Riane interjected it was kind of going to happen regardless once they reached UK shores. “You kind of had no choice though, they were all at the airport, and then I went to where he’s from to meet his family,” she said.

Looking back at their time together on the island, there were many questioning whether Williams had moved on to quickly when he met Riane at Casa Amor. “I think things move really quickly, not just in my case […] if you look at Curtis and Amy, Lucy and Joe, I think if you’re in the villa, things in general just move really really fast,” he explained on After Sun. “Yeah, it was quite quick I’d say, on the outside it would be quick, but in there it felt like a lifetime.”

While Riane herself admitted that she wanted to be with Williams from the get-go, she made sure that he was comfortable and that she was “respectful of the situation” that he and Arabella Chi previously shared. “We kinda knew straight away but it was a case of… I kinda left it to him and was like when you’re in a mindset that you’re actually ready, then I’m here, basically,” she explained on After Sun.

Jumping back to the Lorraine interview, there was mention of marriage and kids — by the hosts, mind you — but the couple seemed pretty excited about that prospect. So who knows what the future holds for the couple.