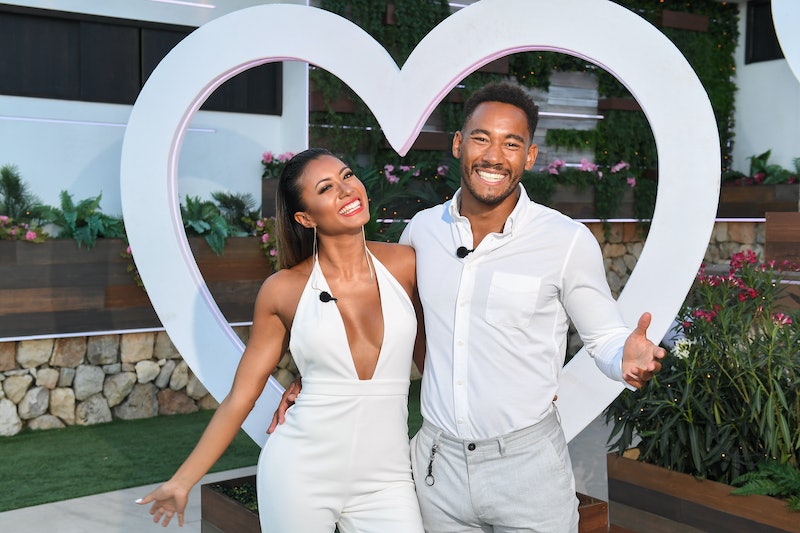 Oh Love Island, how I miss thee. From the drama to the banter, the laughs to the tears, my evenings still feel pretty bare. Thankfully, social media has aided my ability to follow the Islanders' lives after their summer of love in the villa, and that includes Josh Denzel and Kazimir Crossley. Even though I personally didn't warm to them at first because of all that drama at Casa Amor, the couple did eventually take hold of my heart with their cute AF love for one another. But, are Josh and Kaz still together?

I reached out to both their representatives for confirmation, and a spokesperson for Kaz tells me they are still very much in love and that there are "no issues in their relationship." And if you need more confirmation that the Love Island finalists are still together, just take a scroll through their Insta feeds. Yeah, I haven't stopped swooning over their love for one another either. Absolute #CoupleGoals.

Their latest snaps came courtesy of Josh whilst holidaying in sunny Monaco (totally not jealous), with the caption: "Planning the next trip away with this troublemaker." Kaz also captured an adorable moment between the pair, demonstrating "how to kiss when wearing lipstick," as the caption read.

They also recently went back to the Spanish isle where they first met at the beginning of September, documenting their time with this absolutely breathtaking pic (above) at sunset. Guys, stop.

But it's not all been sunshine and holidays for the Love Island couple. Don't worry, there hasn't been any drama — instead, both have been pretty busy with curating their own style collections for boohoo.com and boohooMAN.com for your benefit.

Whether you're Team Josh or Team Wes, or want to dress to impress like Kaz, Alexandra Cane, or Kendall Rae-Knight, the Islanders have totally got you covered with their new collections. Check it out by clicking here.

Hopefully, Josh and Kaz will enlighten us mere mortals with some relationship advice in the near future, because their love for one another has been continuously thriving since Love Island wrapped at the end of July.

I mean, let us not forget their decelerations of love for one another in their first Insta posts after leaving the villa. "It's been a journey, like any, with ups and downs. But what ups they've been. Kaz has made me feel like a school boy again, finding Love has never been so easy," Josh captioned a photo of the two together. "Thank you to the ITV producers for plucking Kaz out of South London and lancing her in Casa Amor with me."

Kaz had similar sentiments, captioning the same photo: "3rd place with my dreamy boyfriend I could not be more grateful. Ladies don't settle for less then you deserve there is someone out there who will look at you like this #teamsmug #teamJAZ."

Whilst four of the 2018 couples have since split since Love Island finished — most recently Charlie Brake and Ellie Brown — it's nice to know that at least some of the couples are still together. With that success, maybe I should sign up for next years series after all.