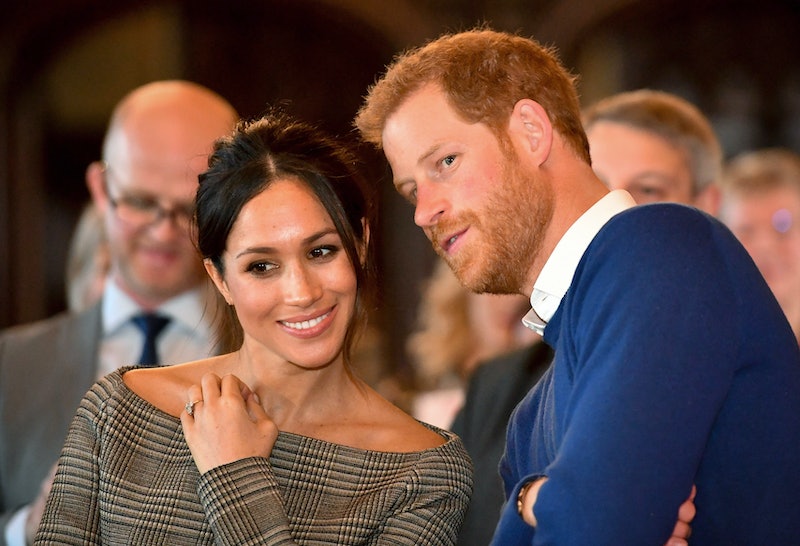 There are no doubts in my mind that Meghan Markle is fit for royalty. From the stunning engagement spread to televised appearances, it's not hard to identify the genuine love shared between the couple. But, do you ever wonder if they asked each other what their sign was before taking things to the next level? Because we might never know, we took it upon ourselves to ask an astrologist, are Meghan Markle and Prince Harry compatible? The answer is better than could ever be scripted in a fairytale.

Let's not pretend that any of us don't consult the compatibility calculator on Astrology sites when a new love crosses our paths. I will offer up the following confession: If I had the complete birth chart for anyone I dated and was falling for, I would analyze it like the stock market. I would like to see where our planets align, understand what that means and if Venus is on our side. Because Prince Harry and Meghan Markle are public figures, their birth dates and times and locations — the trifecta of information needed to draw up a chart — is recorded and yes, on the internet.

In an effort to see just how compatible the royal couple is, Bustle spoke with Janet Booth, an astrologer with over 40 years of experience to learn more about their charts. In her work, Booth consults couples on picking a perfect wedding date — you know, so nobody needs to worry about Venus retrograde and the potential disaster of a knocked over cake. While she didn't help Markle and Prince Harry settle on May 19 as their wedding date, she has some sweet insight into their love and compatibility — it's all written in the stars.

When a couple decides to marry, it can be assumed that there is love and connection between the two individuals. We don't typically need stars to tell us that. But in Markle and Prince Harry's case, it seems it actually is written in the stars. Booth tells Bustle that in Markle's chart, Mars — the planet that indicates matters of a man in a woman's chart — is positioned at his "western horizon (the doorway to the marriage area)." This could indicate that she takes the lead in the relationship, according to Booth. While they both have big personalities and hearts of gold, Markle's radiant, graceful strength doesn't make this so hard to believe.

Booth continues, "her planet of commitment (Saturn) and her marriage asteroid (Juno) have their midpoint at his Venus degree. Similarly, the midpoint between her Sun (how she shines, and another planet that indicates a man in a woman’s chart) and her Neptune (a planet of image and charisma) is at his Venus degree." In other words, Markle's chart and Prince Harry's chart align in such a way that they're naturally inclined to fall in love with one another. Talk about a fairytale romance.

When it comes to communication, a huge pillar in any relationship, Booth tells Bustle the position of Mercury in their respective charts creates quite the melody. "His chart has many planets in the Earth element, while hers is stronger in the Air and Fire elements, so each of their charts fills in blanks in their partner’s chart. Such a complementary feature is healthy for a relationship," Booth says. This is literally a relationship made in heaven. Or, you know, the solar system.

So, there you have it: According to Booth, Markle and Prince Harry's upcoming marriage has been approved by the planets and the stars. And more importantly, Her Majesty The Queen, Queen Elizabeth II.