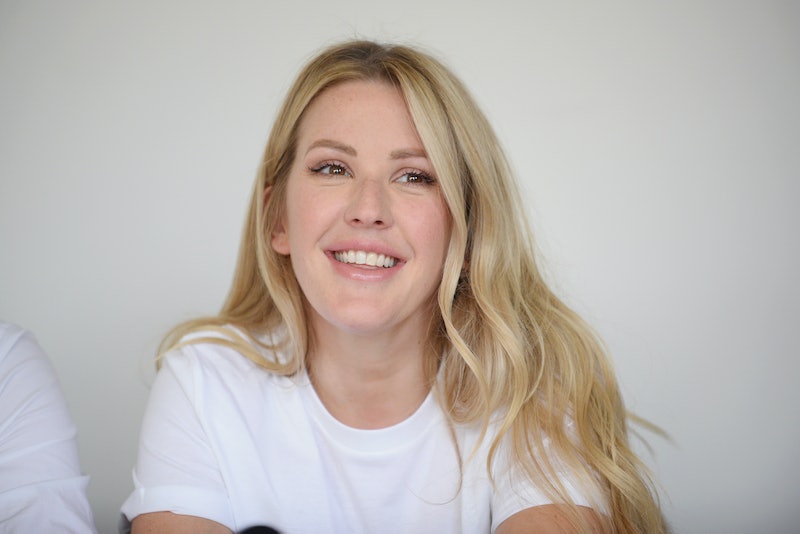 The wedding of Princess Eugenie and Jack Brooksbank is sure to attract an array of esteemed guests including the Queen of the United Kingdom, the Duke and Duchess of Cambridge and of course a few famous faces. One celebrity guest rumoured to be on the guest list is close friend of the bride, and singer Ellie Goulding, are Princess Eugenie and Ellie Goulding friends? Well, it's reported that Eugenie and Goulding have been good pals for quite some time, and are regularly spotted at events and on nights out together.

It is also rumoured, as reported by Elite Daily, that Eugenie introduced the 31 year-old singer to her now fiancé, Caspar Jopling. This conclusion has been made due to Jopling's relation to famous art dealer Jay Jopling, an investor in the online art platform Paddle8 — which just so happens to be the former workplace of the Princess. And this isn't the first time Eugenie has played matchmaker, back in 2012 it was reported that the bride-to-be also introduced Prince Harry to now ex-girlfriend Cressida Bonas.

Goulding and Princess Eugenie's friendship appears to be stronger than ever. Along with their significant others, Brooksbank and Jopling, the pair have been spotted on multiple double dates, reports Harper's Bazaar, and just last year were spotted enjoying a basketball game in New York at Madison Square Garden.

This isn't the only connection Goulding has to the royal family, as the singer has been friendly with various royal family members over the years. The British singer even performed at the reception of Prince William, Duke of Cambridge and Catherine, Duchess of Cambridge's wedding back in 2011, as she discussed with the Grammys Recording Academy.

Although Goulding will certainly add some star power to the exclusive guest list, she is far from the only famous name to be in attendance of this special day. The wedding, which is expected to be attended by around 850 guests, will also host senior members of the royal family including Prince Harry, Duke of Sussex and Meghan Markle, Duchess of Sussex, as well as plenty of other A-listers. Singers including James Blunt and current X Factor judge Robbie Williams are also expected to attend, according to the Mirror, with Williams' daughter Theodora also serving as bridesmaid. And it looks like David and Victoria Beckham could be making their royal wedding hat trick, having previously attended the weddings of Prince William and Kate Middleton, and most recently Prince Harry and Meghan Markle's back in May.

Other notable guests rumoured to be attending the spectacular ceremony include actor George Clooney and his wife Amal, supermodel Cindy Crawford and her husband Rande Gerber and Sir Elton John and David Furnish, according to Cosmopolitan. Another potential guest with her own royal connections is Chelsy Davy, who famously dated Prince Harry between 2004 and 2010. This could make for quite the awkward run-in, however it appears Davy and members of the royal family are on good terms, especially having attended the last two royal wedding ceremonies, including that of her ex.

With a line-up of guests this strong, it looks as if this wedding is something not to be missed, and I'd give anything to get on that guest list.

More like this
13 Photos Of Princess Charlotte Loving The Commonwealth Games
By Sam Rogers
Sky’s New Princess Diana Doc Tells Her Story Like It’s Never Been Told Before
By Frances Stewart
At 28, Lesley Manville Was Acting, Picketing, & Singing Kate Bush Songs
By Olivia-Anne Cleary
The WAGatha Christie Verdict Is In – & The Court Has Ruled In Rooney's Favour
By Bustle UK
Get The Very Best Of Bustle/UK