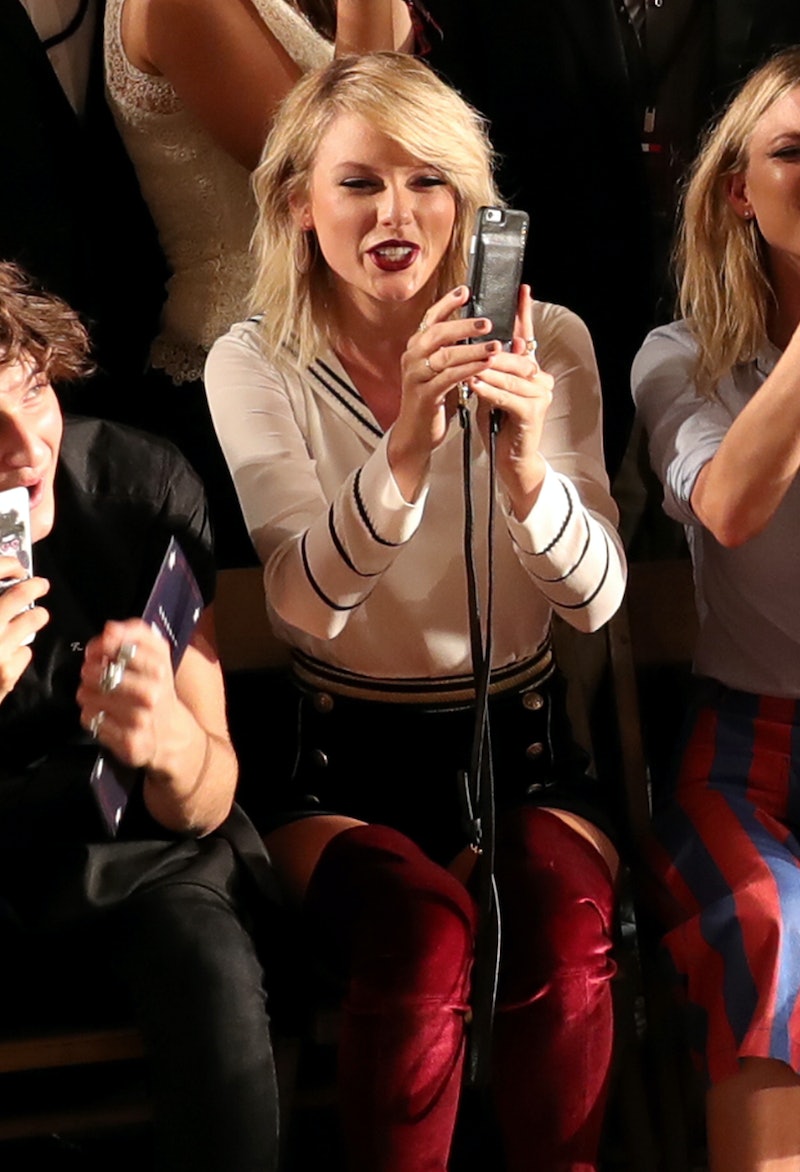 It looks like Tom Hiddleston is a thing of the past after all. PEOPLE reported that Swift is dating Joe Alwyn, a 26-year-old up and coming British actor who has starred in the film Billy Lynn’s Long Halftime Walk. Alwyn landed the role after graduating drama school and has already worked alongside co-stars Kristen Stewart, Vin Diesel, Steve Martin, Garrett Hedlund, and Chris Tucker. If this romance rumor is true, it would certainly be exciting news for Swift. Bustle reached out to reps for both Swift and Alwyn, but did not hear back.

The Sun's source stated that Swift has been renting a flat in London to be close to her new beau and keeping it all under wraps at the same time:

"Taylor has flown in via private jets and her security has made it a military-like mission to prevent her from being seen. She's been walking around with Joe in London using disguises, like scarves and hats, to keep her identity under wraps. Nobody has a clue they've been walked past a music superstar – not even her new neighbors.

The source went on to say this isn't a new couple alert, and friends and family members of both Alwyn and Swift know about their relationship. Finally, the source stated that they've been together for several months and have known each other for quite some time.

The timing matches up perfectly. We last saw Swift in a relationship last fall with star Tom Hiddleston, following the breakup with Calvin Harris. They held it down for about three months when, allegedly, Hiddleston's push to make the couple's relationship more public became too much to deal with, according to The Sun. After the break, Swift took a temporary hiatus from social media; Alwyn also appears to be quiet on social media, making this a potentially more harmonious match for the singer.

For the internet, however, the news is catastrophic:

Alwyn may have had something to do with this long personal break this year, but we can't really be sure about whether or not the pair is official without some confirmation from the couple. For now, keep the Twitter chatter and speculations stewing. It's basically the only real thing we've got out of this situation so far.