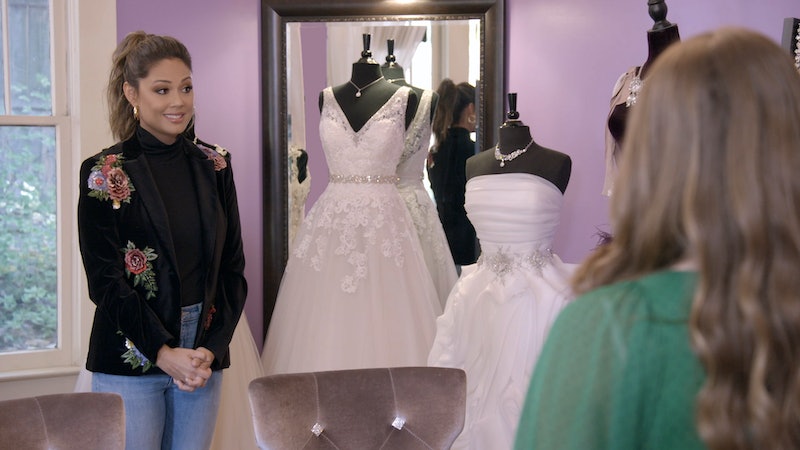 Netflix's latest foray into reality television, Love Is Blind, is a dating show masquerading as a fascinating social experiment. Putting together a group of Atlanta singles in a weird, Black Mirror-esque "pod" facility, the show seeks to answer if love is truly "blind" — in other words, if you can fall in love with someone you've never seen. Participants meet and get to know each other while isolated on opposite sides of a shared wall; it's only after they get engaged that they can see their new fiancé face-to-face. From there, they go on a pre-honeymoon-like vacation to Hawaii to build their physical connection, and then return home to move in together, meet each other's families, and get married all within the span of roughly a month.

With the Season 1 finale looming, the biggest questions on viewers' minds is which of the five remaining couples actually commit the rest of their lives to one another, and which ones back out. But there are also a lot of more minute questions still hanging in the balance. Like, how exactly do the pods work? What are they all doing when they're not on dates? Are they really, truly getting legally married? Fortunately, Love Is Blind creator Chris Coelen is here to answer them all.

More like this
Here's How To Apply For 'Love Is Blind,' No Matter Where You Live In The US
By Grace Wehniainen
Kyle & Deepti Finally Revealed Their Relationship Status Post-'After The Altar'
By Grace Wehniainen
‘The Ultimatum: Queer Love’ Is Officially On The Way
By Radhika Menon and Kadin Burnett
What’s New On Netflix: Ana De Armas’ 'Blonde' & A Nick Kroll Special
By Arya Roshanian
Get Even More From Bustle — Sign Up For The Newsletter