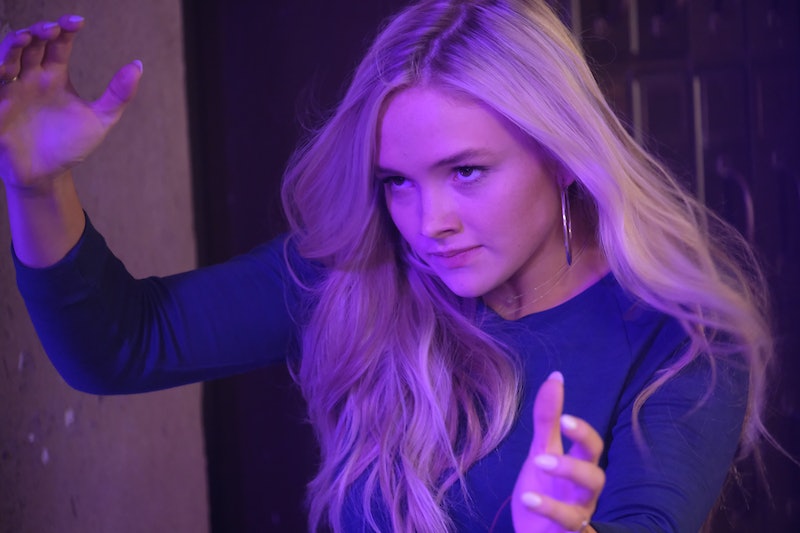 Given its deliberately non-descriptive title, which contains neither the word "mutant" nor "x-anything," it almost seems like FOX doesn't want anyone to know that its newest drama series is about the X-Men. But is the show even about the super-powered team? Will the X-Men be in The Gifted? Part of the reason the series isn't being advertised as part of the popular mutant franchise may have to do with the network being afraid of alienating potential new fans who aren't already well-versed in the comic book mythology. But there could be other reasons FOX isn't branding The Gifted harder as an X-Men series: namely, because it isn't one, really.

The question of whether or not the X-Men will be in The Gifted depends on how strictly you're defining the term "X-Men." If you're using it generally to describe super-powered mutants, then yes — The Gifted will have plenty of those. But if you're using the term to specifically refer to the organized team of mutant do-gooders headed up by Charles Xavier, then no — the X-Men are nowhere in sight on The Gifted… and that's kind of the point.

"It's set in the X-Men universe, but it sort of depends on how you define it," creator Matt Nix told The Hollywood Reporter in a recent interview. "There's the X-Men as a team, and that's a thing that the movies do. This isn't about the X-Men. It exists in a world where the X-Men are gone, and that's an issue for people [in the story]."

However, The Gifted isn't spurning all ties with its famous source material. "If you're a fan of the X-Men," Nix continued with THR, "and if that's the kind of drama and the kinds of issues that you like from a story? Then absolutely, that's what we're dealing with. It's a show set in the X-Men universe, dealing with a lot of those themes, hitting a lot of the buttons that aren't necessarily about a team of superheroes known as the X-Men."

There will also be recognizable Easter eggs for fans of the comics, including familiar characters and nods to popular storylines. "In a sort of general way, it acknowledges that events like those that happened in the movie have happened," Nix told Collider back in January about the tangential way The Gifted will make reference to the large screen franchise. One of those tangential connections is the character of Blink, whom audiences first met onscreen in 2014's Days Of Future Past, in which the portal-creating mutant was played by Chinese actor Fan Bingbing.

On The Gifted, Blink will be played by Once Upon A Time's Jamie Chung; and she won't be the only character borrowed from the comic books, either. X-Men readers will also be familiar with Magneto's daughter Polaris, the super-strong Native mutant Thunderbird, the diamond-hard Shatter, and the vision-peddling Dreamer. But those known quantities will be rubbing shoulders right alongside plenty of original characters not pulled from the comics, both powered — like new mutant Eclipse — and un-powered — like the couple played by True Blood's Stephen Moyer and Person Of Interest's Amy Acker.

Somewhere in the middle lies the two young mutant siblings Lauren and Andy Strucker. Although they are nominally original characters just like their parents (Moyer's Reed and Acker's Caitlin), they share a last name with an infamous comic book villain: Baron Wolfgang von Strucker. Moviegoers will remember him as the Hydra leader played by Thomas Kretschmann in Avengers: Age Of Ultron. But comic readers will also remember him as the father of two children, Andrea and Andreas, who — after having their X-genes activated by doctor Armin Zola while in utero — were born as mutants whose powers were amplified by their proximity to each other.

Of course, there are plenty of differences between Lauren & Andy Strucker and Andrea & Andreas von Strucker; the latter are twins while Lauren is older than her brother Andy, and the von Struckers are evil white supremacists just like their father… while the Reed siblings seem to be relatively normal, scared kids with no megalomaniacal tendencies. But could the similarities be teasing an unexpectedly dark path ahead for Lauren and Andy?

With so few overt connections to the X-Men movies and so many original characters blurring its connection to the source material, it's impossible to predict where The Gifted may be headed; but that's part of what makes the new series so exciting.