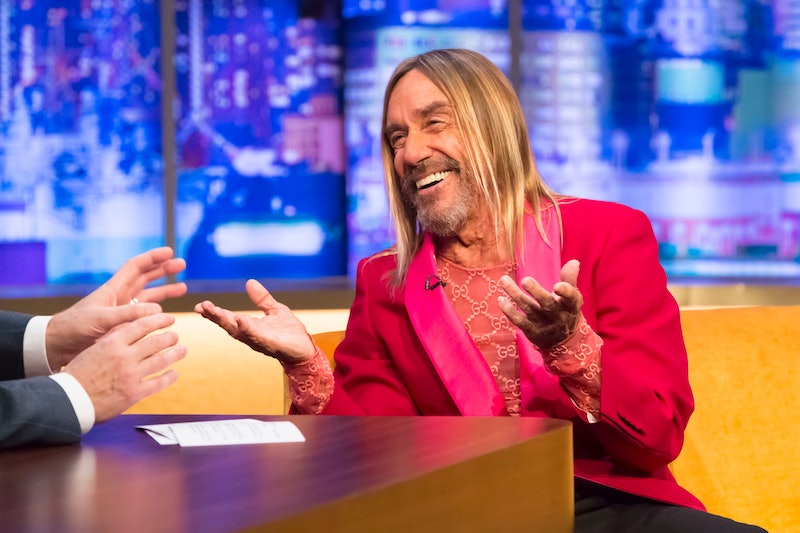 Shirtless singing extraordinaire Iggy Pop is responsible for some of the most iconic records of the past four decades and, having recently released his 18th studio album, the Godfather of Punk is showing no signs of slowing down. Earlier this month, London fans were presumably thrilled to discover that "The Passenger" singer will be performing a very special gig in the capital to support his latest record. But are there still tickets for Iggy Pop's London show?

As NME reports, the legendary artist will arrive on this side of the pond for a one-off appearance at The EFG London Jazz Festival, where he is set to perform his brand new album Free in its entirety. The live show will be held at The Barbican Centre on Thursday, November 21, and tickets were first released to the public on Friday, October 4. Unfortunately, it appears tickets have now completely sold out, however, websites such as See Tickets do give fans the option to join a waiting list for any future tickets, and state that event organisers might release more in the future. So, if you're itching to see the "Lust for Life" singer perform his only UK show of 2019, this could be your final shot.

News of the upcoming London gig came shortly after the release of Pop's 18th studio album, which according to the record's official announcement, has "virtually nothing in common" with his previous body of work. As Variety reports, the new album dropped worldwide back in September, and a music video for the single "Loves Missing" soon followed. Speaking of the 10-track record, the "I Wanna Be Your Dog" singer described the album as being one in which "other artists speak for me, but I lend my voice." Iggy also recently discussed what inspired the title of his latest release, and explained how his desire "to be free" had a significant impact on the album's entire creative process. The critical response to his latest venture confirms that Iggy Pop has certainly still got it, and glowing reviews from Rolling Stone, The Independent, and NME — the latter of which described Free as a "liberating collection" of music — had plenty of praise for the legendary rocker.

Those eager to learn more about the singer's latest projects, and indeed his upcoming UK performance are in luck, because Iggy is set to make an appearance on The Jonathan Ross Show on Saturday, October 19 at 10.30 p.m. on ITV — and I'm seriously looking forward to this rare TV interview.