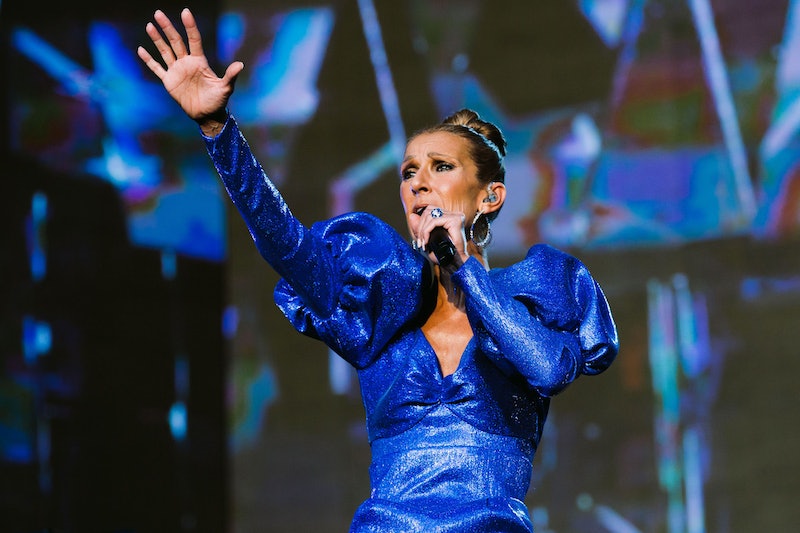 Five-time Grammy Award winner Celine Dion has been thrilling fans around the world with a successful Las Vegas residency, and news of an upcoming album which is scheduled to drop later in the year. But when will the "Heart Will Go On" singer be bringing her powerhouse vocals over to this side of the pond? And will Celine Dion tour the UK in 2020? Here's what fans of the iconic performer need to know.

Well, get ready to clear your schedules, because Celine Dion will be touring the UK in September 2020. According to NME, the acclaimed singer will arrive in the UK next year for an extensive arena tour, and the upcoming shows are scheduled to take place in some of the UK's biggest cities. The tour will follow Dion's hugely-successful London gig earlier in the summer, where she put on a fabulous outdoor spectacle for thousands of fans in Hyde Park.

Tickets go on sale on Friday, October 4 here in the UK, and you'll be able to nab some for yourself on the singer's official website.

Celine's upcoming tour will see the award-winning vocalist take the stage across the globe, and arrives in support of her highly-anticipated 2019 album, Courage. As reported by Rolling Stone, the new album will be released worldwide on Friday, November 15, and will be Dion's first English album in six years. The Canadian-born singer also recently dropped three brand new tracks titled "Courage," Lying Down," and "Imperfections" — all of which will be featured on her upcoming album.

According to Dion's official website, the three new releases examine the lens of self-criticism, remind us to move forward after a poisonous relationship, and call for strength and fierceness whilst on the edge of a new challenge. The fresh album cuts follow the release of previous single "Flying On My Own," which first debuted on the final night of her 16-year Las Vegas residency.

As Billboard reports, the singer concluded her record-breaking residency at Caesars Palace back in June, after a staggering 1,141 shows. Dion first arrived in Sin City back in 2003, with her first Caesars residency A New Day — and in 2011, the icon made her grand return to the Las Vegas strip with a second residency, titled Celine. Throughout her time in the U.S. hotspot, the singer performed to a massive 4.5 million adoring fans, and her initial run of shows remain the highest-grossing Vegas residency for a musical artist.

So, if you want to enjoy the power of Celine live, be sure to snap up some tickets for her upcoming UK arena shows — and I'll see you there.