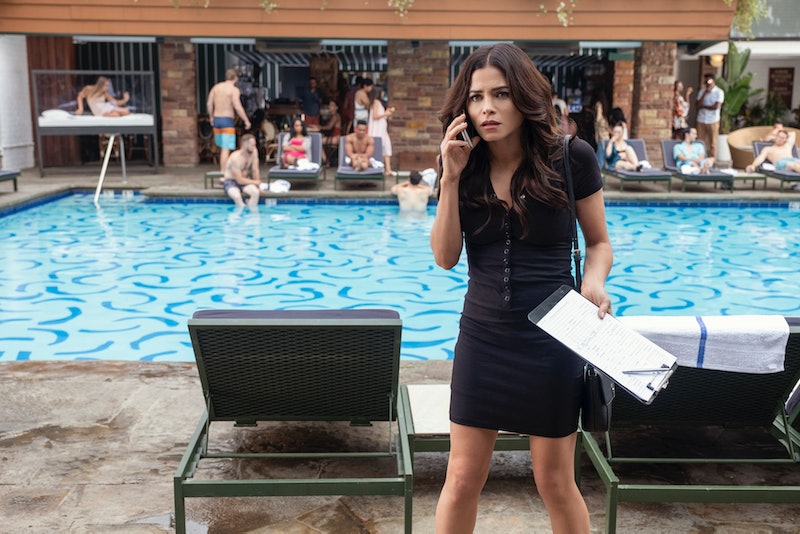 We might never get a third season of Smash, but fans of the musical show are getting Soundtrack. A Netflix TV musical with a lip sync twist, Soundtrack will chronicle the love stories of various artists as they experience love and loss against the backdrop of Los Angeles. Starring Paul James, Callie Hernandez, Jenna Dewan, Madeleine Stowe, and more, Soundtrack’s premise diverges from standard musicals in that each song will solely be performed via lip sync sequences. When the characters break into song, the voices of the original artist will burst through the screens in all of their glory.

In an interview with Entertainment Weekly on Dec. 13, Safran explained the concept behind his unconventional TV musical. “This really was predicated on this idea that we all have of our soundtracks… when we think about music, when we hear a song in our head, we hear the artist,” he said. “You hear Beyoncé. You hear Stevie Nicks. You do not hear yourself singing it.”

Safran's Soundtrack was inspired by Pennies from Heaven, a 1978 BBC miniseries with a similar lip sync premise. He explained that he pitched the series as Pennies from Heaven meets Magnolia, a 1999 drama film that intertwined narratives of several characters and plots into one story. “I always knew I wanted every episode to feature on two different characters, and it was their soundtrack for that episode,” he told EW. “It really was these small character stories that have a beginning, middle, and end to them.”

In Soundtrack’s official trailer, the lip sync concept is on full display. Sia’s “Elastic Heart” is one of the songs the characters lip sync to in the clip. In an interview with Entertainment Tonight earlier this month, Safran teased that Etta James, Bruno Mars, and Dolly Parton songs were among those to be sampled. If you're skeptical about the eccentric premise, you're not the only one. Safran revealed that not everyone was initially sold on the idea. “They finally said, ‘We’ll let you do it, but we reserve the right after seeing the pilot,’” he told EW. “‘If we like the pilot, but the lip-syncing doesn’t work, then we’ll re-do it with covers.’”