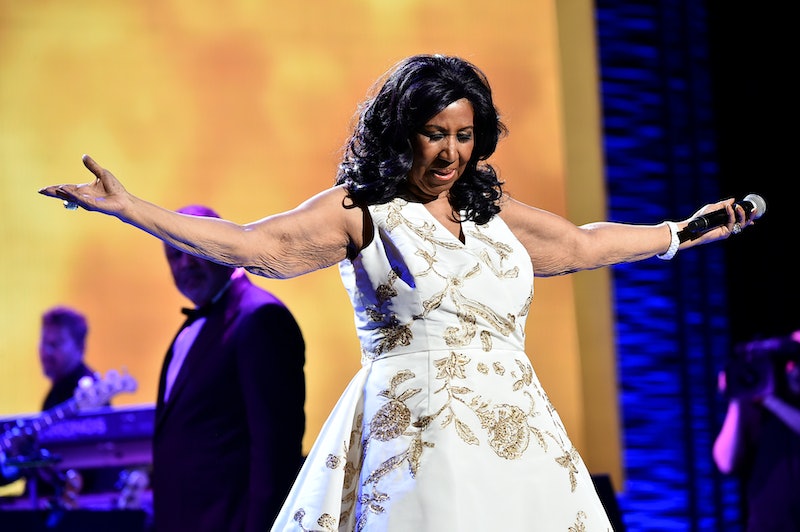 On Thursday, news broke that Aretha Franklin died at age 76, and everyone is mourning the Queen of Soul. The Guardian reported that advanced pancreatic cancer had caused Franklin's death, and that the 18-time Grammy winner had battled illness since 2010. Of course, that didn't stop Franklin from singing, though, and the legend came out with her final album in 2017 called A Brand New Me which included renditions of her songs accompanied by the Royal Philharmonic Orchestra. Many of the songs from that album are considered soul standards, and tons of singers have performed renditions of Franklin's hits in the past. These Aretha Franklin covers honor the musical legend, and they prove that the Queen of Soul influenced so many performers who came after her.

It's hard to think of Aretha Franklin and not immediately burst out and sing the famous lyrics, "R-E-S-P-E-C-T, find out what it means to me." You probably first heard it early on in your life, whether it was at a wedding or in the car while your mom drove you home from school. "Respect" — and so many other songs of Franklin's — played a big part in so many people's lives. And the covers of Franklin's songs are just a testament to how iconic and powerful her hits are. Take a listen to some of the best renditions of Franklin's hits while you honor the late artist.