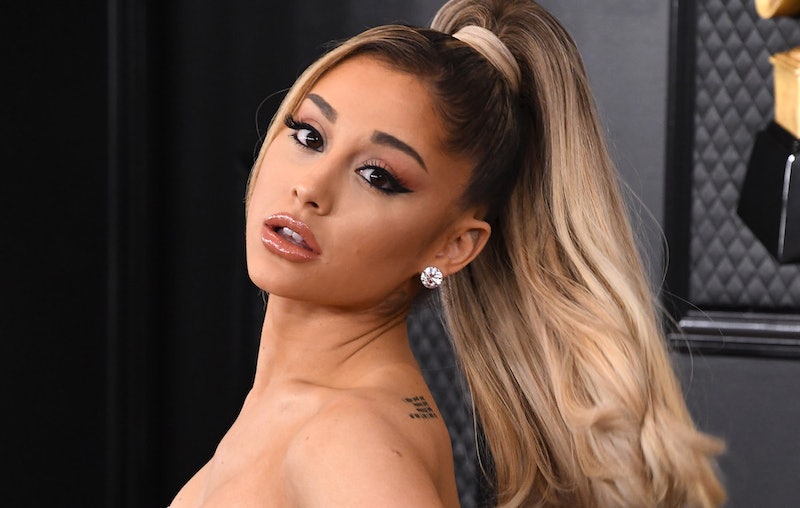 Ariana Grande fans received the ultimate gift on her birthday: a social media snapshot of Grande and boyfriend Dalton Gomez that now makes them Instagram official. Prior to her 27th birthday on June 26, the “7 Rings” singer shared an Instagram post to commemorate another year around the sun that featured selfies with her pups. Buried deep within the seventh slide, however, is a snapshot with her new beau, a luxury real estate agent she’s been linked to since March.

Grande’s Instagram post, captioned “almost 27 :),” isn’t the only form of documentation of her significant other. Gomez also appears in a black-and-white photo in the singer’s Instagram Story, as well as in a video of him dancing. While this isn’t the first time Gomez has appeared in Grande’s Instagram Story, the birthday post marks the duo’s first official snapshot on her feed. According to TMZ, the two have been in quarantine together for a few months now.

Grande first confirmed her relationship with Gomez in the music video for “Stuck With U,” her collaboration with Justin Bieber. While she spends much of the video serenading her beloved dogs, Grande can be seen dancing around the room with her new beau towards the end of the music video.

While the relationship is fairly new, Grande and Gomez have known each other for quite some time, according to a report by E! News. "They run in the same circle," a source told the publication in March. "He used to be a dancer and they have many mutual friends. She's gotten to know him quickly with the quarantine. They've been spending a lot of one on one time at home." Gomez has also shared an Instagram Story with fellow singer Miley Cyrus and some other friends, according to TMZ, so it makes sense that the two would run in the same social circle.

According to his real estate bio, Gomez is a Southern California native who now serves as a buyers agent for Aaron Kirman, a luxury real-estate agent based in Los Angeles. Prior to that, he worked as the director of operations for Aaron Kirman Group. On Twitter, fans have also speculated that Gomez helped Grande find her current home in Los Angeles, too, given his high-profile clientele. Whatever the case may be, Grande's Instagram post with Gomez is the ultimate birthday treat for fans.