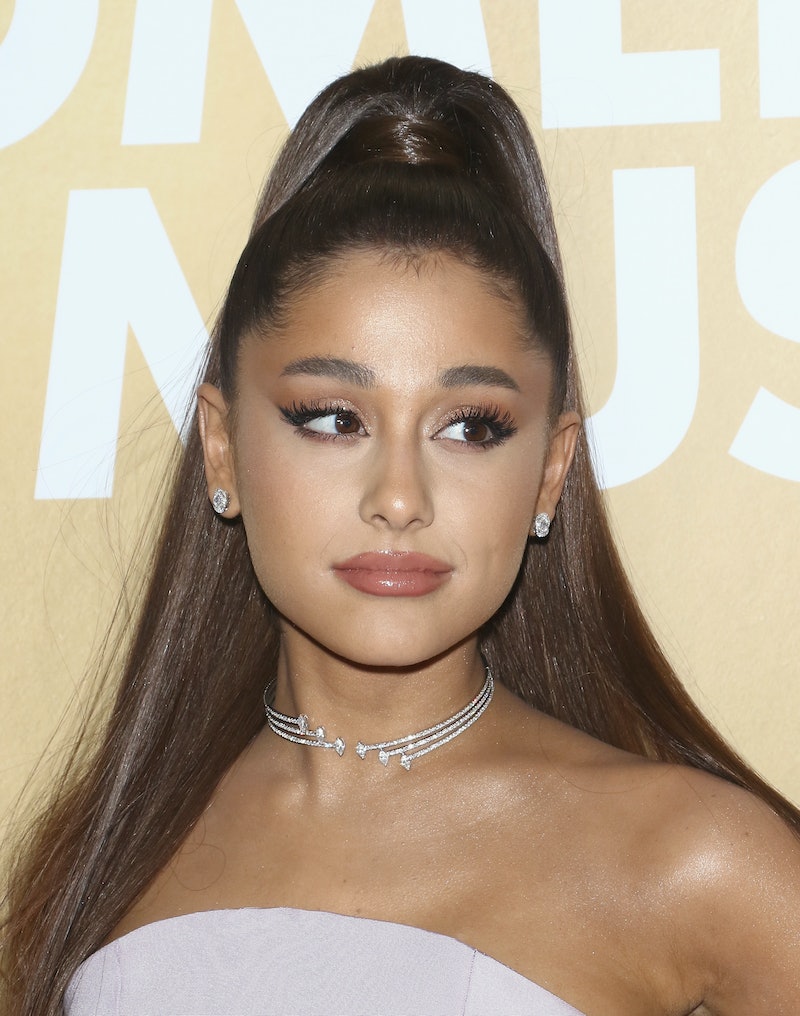 The Sweetener tour is pausing so that Ariana Grande can focus on her health. On Saturday, Nov. 17, Ariana Grande posted about being sick on Instagram, revealing that she may have to cancel dates on her Sweetener world tour. Grande informed fans that she'd been ill since her performance in London on her Instagram Story, noting that her throat and head were in "so much pain."

The "7 Rings" singer reported that her voice sounded alright, but the sickness made it difficult to breathe on stage, and at the time, she was unsure if performing would be possible on Sunday. On Sunday, the singer updated her fans that she was feeling worse and would have to cancel her scheduled performance in Lexington, Kentucky. At the moment, Grande still isn't sure what's causing her to feel so ill, but she promised fans that she would update them "as soon as I know what's going on with my body."

Grande noted that she needed to prioritize her health, writing, "I just really don't know what's happening with my body right now and I need to figure it out." She promised fans that despite the pain she was, "doing everything i possibly can to pull through," but being sick with no diagnosis was "just a scary feeling." The singer also posted a photo using a steamer on her Instagram Story, and shared a video of her friends bringing tea and vegetables to help her get better.

This news that she won't be performing on Sunday makes sense if you've been following along with her Instagram Stories. Late on Saturday, Grande shared another message for fans, revealing that she might be in too much pain to perform after all. She wrote, "update: still can't swallow or lift my head. love u." Then, the Sweetener singer promised yet another update in the morning, writing, "seeing doc again in am and will let you know about show. I'm so sorry again. It's catching up to me I guess."

The Sweetener tour is currently on its final leg, and it's scheduled to conclude in December with a performance at the Forum in Los Angeles, according to the singer's website.