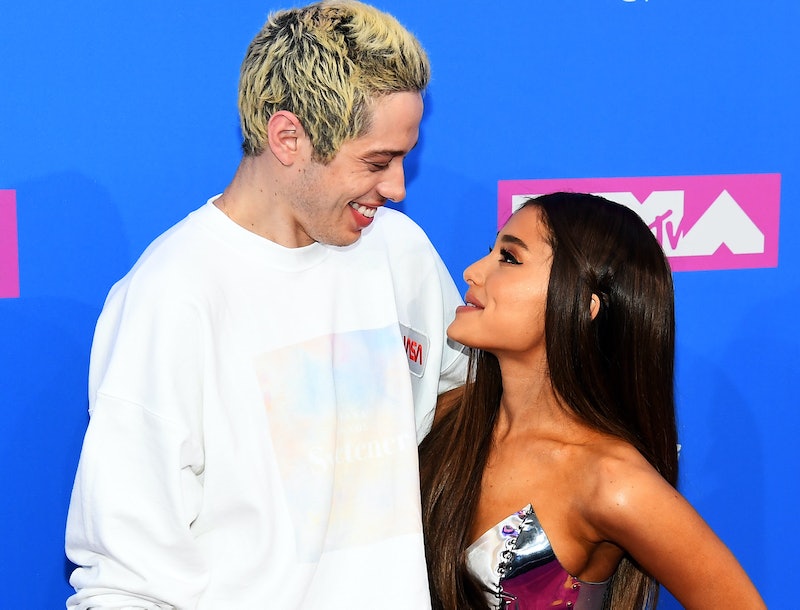 Ariana Grande is a tattoo collector, where it seems like the pop icon gets fresh ink almost bi-monthly, adding to her collection. True to form, the artist debuted a new addition on her Instagram account just this week, where Ariana Grande got a Spirited Away tattoo on her forearm, in honor of one of her and Pete Davidson's favorite movies.

According to The Daily Edge, the artist currently has an array of around 24 tattoos, where the majority of them are delicate, discreet mementos that don't take up too much room. Case in point: the "H2GKMO" tattoo on her hand (of which Davidson has a matching tat) only runs up the length of her thumb, and the number "8418" inked on her foot in honor of Davidson's late father takes up minimal room. But her newest ink has broken the mold, where it spans the majority of her lower arm.

She teased the tattoo on Instagram Stories, where she opened up the journey by posting a black and white photo of Chihiro, the heroine of the fantasy anime that debuted in 2001. This isn't the first time that Grande referenced the character on her social media account, where in 2016 she posted a tribute to animator Michiyo Yasuda when Yasuda passed away.

This week she also mentioned on Twitter how she and Davidson were messily eating "like the parents from Spirited Away."

While she might not be vocal about her love for anime, it's not exactly out of left field.

Afterwards she posted an explanation of what Chihiro means to her, posting a text photo onto her Stories sharing her thoughts.

"Chihiro's growth into a capable individual is a core factor to the movement of Spirited Away's plot. During her adventure in the Spirit World, she matures from an easily-scared girl with a child-like personality to match her age to a hard-working, responsible, and brave young girl who has learned to put her fears aside for those she cares for," Grande explains.

"To protect her friends and rescue her parents from a spell that has turned them into livestock, Chihiro sheds her former personality and adapts to her environment to become a courageous, quick-witted and reliable girl." Seeing the difficult year that she has had with the Manchester Arena bombing in 2017, it's not surprising that she feels a certain kinship to the character's growth.

She followed that post up with another image of Chihiro, with the caption of, "We doing it."

The image above is the exact same image that she got tattooed, where Chihiro looks over her shoulder. She posted the finished tat on her Stories, tagging the @GirlKnewYork tattoo artist, Mira Mariah. Mariah specializes in line work and delicate and minimalist tattoos, making her the perfect pick for Grande's anime ink.

The New York-based artist also did Grande's Manchester tribute tattoo, which was a small bumble bee behind her ear, so the two have worked together before.

Grande's Spirited Away tattoo might be her biggest one yet, but it probably isn't her last!

More like this
All The Products Hailey Bieber Used For Her Birthday Makeup Look
By Olivia Rose Ferreiro
Kim Kardashian On The Beauty Hack That “Changed My Life, My Skin, My Confidence”
By Taylor Jean Stephan
The 10 Biggest Tattoo Trends Of 2023
By Carolyn Steber
Hailey Bieber's Best Hair Moments Of 2022
By Audrey Noble
Get Even More From Bustle — Sign Up For The Newsletter