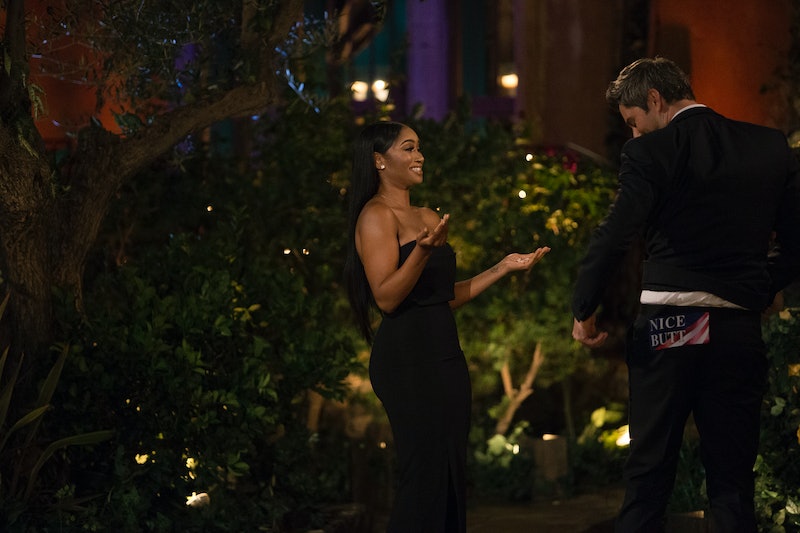 A lot of people who watch The Bachelor make fun of the women for crying if they're eliminated on the first night, but it probably is a huge bummer to pack enough clothes for weeks, but not even be there for a weekend. To combat that loss, the contestants Arie Luyendyk Jr. eliminated during the first episode have joined forces in a truly unprecedented move.

Seven women who were eliminated by Arie have come together a group they're calling The Rosé Girls. They have their own website, YouTube channel, and Instagram page. For anyone who needs a reminder, the seven contestants who didn't get past the first rose ceremony are Jessica Carroll (the one whose father met Arie before he died), Bri Amaranthus (the lady who threw a softball for Arie to catch), Brittane Johnson (she put a "nice butt" bumper sticker on Arie), Lauren Jarreau (she give him giant Mardi Gras beads), Ali Harrington (the woman who had Arie smell her armpit), Nysha Norris (the nurse who went sky diving in her intro video), and Olivia Goethals (one of many women who was shocked that Chelsea pulled Arie aside to talk). The only person missing is Amber Wilkerson, the eliminated contestant who owns a spray tan business and told Arie that she's "seen a lot of d*cks" when she stepped out of the limo.

So, what are they doing? In the "About Us" section of their website, the former Bachelor contestants shared:

After much needed "girl talk" on the way back home and many days after, an idea had blossomed [see what we did there], one that would bring women together discussing trending topics of resilience, love, empowerment, sex, and much more ... because we believe nothing is off limits. Through this Blog, YouTube channel, and Podcast, we will be sharing our own [and very different] personal stories and thoughts over endless bottles of rosé.

More or less, they are extending their 15 minutes (or two hours) of fame, re-introducing themselves to Bachelor Nation, and just trying to make the most of an experience that initially got cut short.

Their website includes a section with beautiful photos aptly titled "The Garden Gallery" that shows them in perfectly coordinated outfits, of course. There are also biographies for each of the women with different questions from the bios on ABC. In those same bios, each woman has a different word under her name (which are never explained): Love, Passion, Truth, Empowerment, Gratitude, Perseverance, and Hope. As of this moment, they haven't addressed what the words signify and if they'll be applied outside of the bios.

The website also has contact box with the description, "Need advice? Want juicy gossip? Don't be shy! We want to hear from you. Send your request and let us do the talking. And remember, there is no such thing as off limits."

What is going on here? It's not totally clear at this point. Maybe they are just going to figure out the content as they go along based on the messages they receive. Are they going to give their reactions to the Bachelor episodes every week? How much inside info could they have if they didn't even get to move into the mansion?

As of now they have a few Instagram pages up, a video montage of them clinking glasses of wine, smiling, and looking beautiful, and a 25-minute video discussion about who they are and getting eliminated during the very first rose ceremony.

It really has to be such a disappointment to put life on hold for The Bachelor and then get sent home right away. The women buy clothes and toiletries, set their bills to automatic payments, and then they have to come back home a couple days later to face their family and friends after getting dumped by someone they weren't even dating. Props to them for trying to make the most out of their (very short) journey in the franchise.