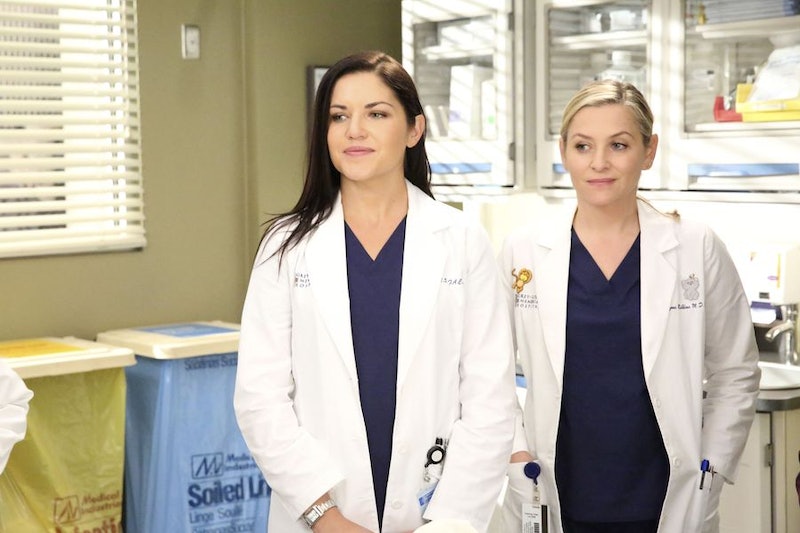 It hasn’t been an easy road for these two so far – Minnick (first name, Eliza) is there to rehab Grey Sloan’s ailing teaching program (and kicking out Richard Webber in the process), and Arizona is loyal to her mentor and teacher Webber, and she is none the pleased that Minnick is there to come in and do whatever she wants. Minnick is moving surgeries, scrubbing in, taking attending doctors off the board (and no one touches Bailey’s surgical board), and generally causing malaise through the staff. There have been flashes of flirtation between Arizona and Minnick, but Arizona has cut it down in favor of loyalty to Webber. But when Minnick, Stephanie, and Arizona lost a child on a routine surgery, Minnick lost it because she had – get this – never had a child die on her before. I know! An accomplished doctor had never had a young patient die. Arizona and Minnick bonded over this tragedy, and they came out of the other side looking closer than ever.

Will they or won’t they? I’m going to go with won’t, at least for now. Arizona doesn’t fully trust Minnick, mostly because Minnick seems like a robot. But that little bit of advice Arizona gave her is right – Minnick would do well to make a few friends at Grey Sloan (and be human), and Arizona may be the very first one.