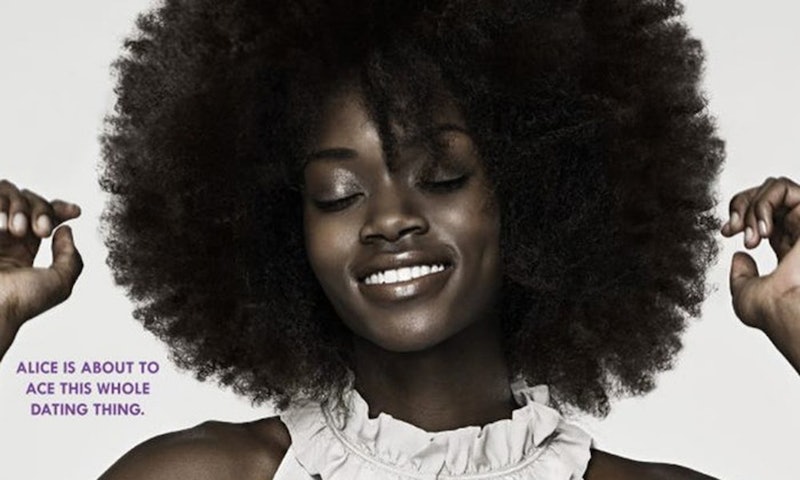 For asexual (or ace) readers, sexual attraction in a book can — quite literally — be a turn off. “Lots of romance plots don't make sense to me because of the element of sex or physical attraction at play,” says Kaley, 24, an editor of speculative fiction for an indie press. Many books use sexual attraction as the first entryway to a romantic relationship, particularly through tropes like enemies-to-lovers, in which a character finds that they’re drawn to someone with whom they're completely at odds.

Bustle spoke with four editors, writers, and readers who are asexual about what stories they would like to see in literature.

Kaley prefers the moments where two characters don’t kiss, which she believes are more unexpected and hold an emotional weight and tension that’s often missing from relationships that are centered on sexual attraction.

“Lots of romance plots don't make sense to me because of the element of sex or physical attraction at play."

Asexuality is usually defined by a focus on romantic, aesthetic, spiritual, or physical intimacy, or on non-sexual friendship, rather than on sexual attraction or sexual intimacy. Asexuality is a diverse spectrum, so what one asexual reader wants to see in a story isn’t prescriptive for the entire community. But there are a few things that asexual readers generally want to see more of in the books they read.

They want more diversity across the board.

Arras enjoyed Let’s Talk About Love by Claire Kann, which features a Black and biromantic asexual protagonist, and she appreciated the conversations Kann’s asexual character engaged in with her love interest about sex. “It was refreshing to see an ace protagonist who didn't have to be the one doing all the compromising,” she says.

Therin, 30, a reference librarian from Rhode Island, agrees and wants to see different types of asexual relationships portrayed. “Polyamorous and queer relationships are important!” they say. Not all asexual people are heteroromantic and many are happily in polyamorous relationships.

They want conversations about sex and consent.

Not every scene with an asexual character should be about their sex preferences, but many asexual readers want to see these conversations in books — especially between romantic partners who would have to navigate their interactions with enthusiastic consent.

"It was refreshing to see an ace protagonist who didn't have to be the one doing all the compromising."

“It's super important to show discussions between an ace person and their allosexual [non-asexual] partner about sex,” says Therin. “Lots of asexual people are OK with having sex; they just don't think of it. Lots are sex-repulsed. It's extremely based on the individual, so having a healthy relationship with lots of communication is important.”

Anna, 23, an aspiring young adult fiction editor from Alabama, believes that including these conversations within the story can be beneficial to readers, especially younger readers or people who are newly discovering their asexuality or who aren’t out yet.

“Finding out what your potential partner wants, is interested in, and feels that they need are difficult topics even between allosexuals, and those questions become even more confusing and contentious for people on the ace spectrum,” she says. “Seeing these conversations represented is really identity-affirming, not to mention providing a model for such conversations and thought processes for young and discovering aces.”

Often, asexual characters are portrayed as people who need to be fixed. In a 2012 episode of House, Dr. House insists that a self-identifying asexual couple is actually dealing with a curable medical problem, and it turns out he's right. In the movie The Olivia Experiment, the titular character's asexuality is constantly doubted and asexuality is portrayed as a temporary condition that can be changed after someone experiments with sexual intimacy. Characters' asexuality is often depicted as a nuisance to their non-asexual partner(s) and they don’t get to experience the same excitement and joy in their relationships as other characters — at least on screen.

"I just want an ace storyline where sexual and romantic relationships aren't presented as the most meaningful and intimate relationships you can have."

Kaley hopes that authors can create intense intimacy between characters, without using sex or physical attraction to cement the importance of their bond. “I want more moments where two characters' devotion to each other is so clear and evident that I know they'll stay together not because of sex or physical attraction but because the mutual dedication they have is based on a nuanced intimacy that can't be codified," she says.

She also wants to see more asexual characters in fiction, so that readers aren’t constantly turning to a few examples as the only existing representation.

“I want to see the full vibrancy of asexuality portrayed,” she says. “Asexuality is not a lack of something but merely a different way of looking at the world.”

They want books about asexual characters written by asexual authors.

There’s something very powerful about reading a character that was drawn from an author’s lived experience — and asexual characters by ace authors are no exception.

“I want to see the full vibrancy of asexuality portrayed."

“I really want stuff actually written by ace-spectrum authors, and I think it's really important for things to be marketed that way,” says Therin. “Asexuality can fly under the radar too easily.”

Including a character’s or an author’s identity can be challenging with minimal space available in book jacket copy or an author bio, but marketing teams can help make sure that ace readers know about forthcoming books. Interviews, feature stories, an acknowledgements section, more information on the publisher or author website, and other supplemental materials can help publicize books with ace characters.

They want asexual characters across genres.

While asexuality as a term is somewhat new, asexual people have always existed. Yet, asexuality is very rarely portrayed in non-contemporary novels.

Anna was excited to encounter an ace character in The Lady's Guide to Petticoats and Piracy, a historical fiction novel about a woman in the 1700s who embarks on a quest to become a doctor and escape the marriage proposal of her suitor. “The story wasn’t about Felicity coming to terms with her identity, but that identity was a vital part of who she was," she says. "It’s so refreshing to encounter an asexual character who was entirely whole outside of her identity and yet unquestioningly accepting of it.”

The easiest way to move toward a future in publishing where books meet more asexual readers needs is simply to publish more books with ace characters. The more stories available, the more likely it is that readers will find a story they can connect with and see themselves in.