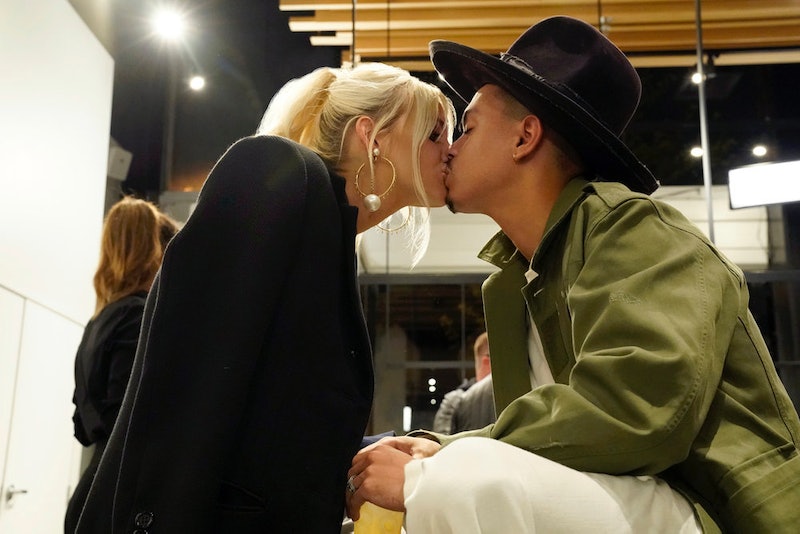 No offense to Ashlee Simpson, but I bet you haven’t thought about her — really thought about her — since the 2004 debacle in which she was caught lip-syncing on Saturday Night Live. But that’s OK, because her new E! show, Ashlee & Evan, is going to change that. Not only has Ashlee been releasing music all these years following her fall from grace, but, as seen in the premiere episode of Ashlee + Evan, she’s releasing new music, too, with her husband. Ashlee Simpson and Evan Ross’ album is being slowly trickled out on Ashlee + Evan, and if you want a sneak peek (or listen), you’d better start watching.

Honestly, watching the first episode, it’s easy to feel badly for Ashlee, because getting through that time was rough. “The world hated me for this SNL moment I had,” she says. “For me, it was the most humbling experience of my life, because the whole world thinks everything that you just put your heart and soul into writing is a joke. And that sucked.” But as “humbling” as the whole thing was, Ashlee jumped into the studio and made some more music, because when you fall off a horse, you get back on it. “For me I went back in, I made a second record, it was number one,” she said on Ashlee + Evan. “And I made a third record and I toured all the amphitheaters… and I don’t even think the world knows that I got to that place.”

Well, now, the world will know, because she and Evan are making the sweetest new music. On the premiere episode of Ashlee + Evan, the pair worked on their latest single, “I Do.” It’s a sweet song about dedicating your love to someone (a lover, a friend, a child, a parent), and it even made Diana Ross, Evan’s mother, cry when they performed it for her, so that’s when you know it’s good. Listen to it and try not to tear up:

According to a press release, “I Do” made its radio debut on Ryan Seacrest's iHeartRadio show, and you can even buy and stream it now, too. But if you’re jonesing for more music, I have good news and bad news. The good news is that more music is coming. The bad news is that it is slowly trickling out. "We'll be releasing a song per episode—or somewhat per episode—so people will be able to kind of live in our experience," Evan recently told E! News. A duet album will be released, according to press release, “sometime this fall.”

Not only is this a smart way to drum up publicity for a reality show, but it’s also a great way to make Ashlee and Evan’s fans truly excited about their joint musical efforts. And hey — if Diana Ross is into it, it’s safe to say it’s a good idea. Right now, it seems like the music is at the mercy of the rest of their busy life together — Evan is constantly traveling for his acting work, and Ashlee is a stay-at-home mom to their daughter, Jagger. On Ashlee + Evan, they discuss having another baby, but who has the time? For now, the music is their new child, and it’s great that there’s more on the way.