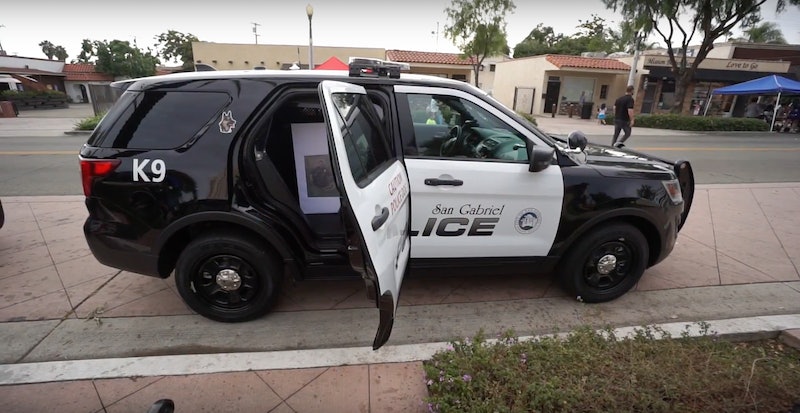 On Nov. 21, five current and former Asian-American police officers sued their department in Los Angeles county for racial discrimination, the San Gabriel Valley Tribune reported. The officers claim that their colleagues at the San Gabriel Police Department supposedly mocked Asian accents when speaking with them and regularly referred to residents as "f*cking gooks."

The accusing officers supposedly “endured this discrimination and harassment for 21 years,” according to the lawsuit, and were reportedly mocked “on a nearly daily basis." They claim that they were reportedly called racial slurs and that other officers would imitate their speech, saying things like "ching chow." The plaintiffs also accused the officers of supposedly making racist comments about Asian physical features and joking about Asians eating dogs and cats. However, they said they often didn't report the harassment to management for fear of how it would affect their jobs. When two of the plaintiffs did report discriminatory behavior, for example, they were allegedly “retaliated against and denied assignments." Plus, management supposedly often participated in the harassment. The lawsuit alleges,

When reached for comment, the San Gabriel police department directed Bustle to the city manager's office, which didn't immediately respond.

These allegations surprised many of the city's officials, considering the population of San Gabriel is 60 percent Asian-American, according to the U.S. Census. “We take these allegations very seriously, but were quite surprised by this lawsuit,” the city's public information officer, Jonathan Fu, said in a statement. However, while San Gabriel is diverse, there are only seven officers of Asian descent among the police department's 50 full-time employees, according to HuffPost. “The department has sworn to protect and serve everyone in our community in a professional manner," Fu said. "We take that commitment very seriously, and those who deviate from it will be addressed accordingly.”

Despite more than 55 percent of the entire Asian-American population residing in California, these incidents of discrimination are not uncommon in the state, according to Nicole Gon Ochi, supervising attorney of impact litigation at the Los Angeles branch of Asian Americans Advancing Justice. She named other examples in an email to HuffPost, including a 2012 case in which Filipino nurses sued the city of Delano after they were supposedly mocked for their accents and told to speak English. Ochi believes this type of behavior is not only in spite of the growing Asian population, but because of it.

“We have seen the white political establishment (which includes power in major institutions like the police department and the fire department) push back against the growing Asian majority in San Gabriel and similar cities,” she told the HuffPost. “I think Asians are targeted because they are perceived as a threat given the rapid demographic shifts and their economic influence in the area.”

“Because SGPD management engages in this harassing and demeaning behavior, SGPD officers learn, from the time they start as new trainee officers, that degrading people of Asian descent, including plaintiffs and city residents, is a practice condoned, if not encouraged, by SGPD,” the officers' attorneys claimed in their complaint.

There are other contributing factors in the alleged treatment of these officers and the rise in hate crimes against Asian-Americans in general. For one, they are the most tokenized group in television, according to a recent study entitled “Tokens on the Small Screen.” Negative racial stereotypes ascribed to Asian characters include "forever foreigner" and "emasculated men." Ochi believes these kinds of tropes “definitely” contributed to the San Gabriel officers' alleged harassment. “It cuts both ways in this particular context,” she said to the HuffPost. “If these officers are penalized because they are viewed as passive, that validates the view that the police, as an institution, are violent and value violence.”

More like this
How The City Healed Five Years On From The Manchester Arena Attack
By Ella Glover
The Church Of Scotland Votes To Allow Same-Sex Marriages
By Sam Ramsden
30 Books To Read This AAPI Heritage Month
By K.W. Colyard
36 Influential AAPI Voices On Pride, Power, & Progress
By Faith Xue
Get Even More From Bustle — Sign Up For The Newsletter