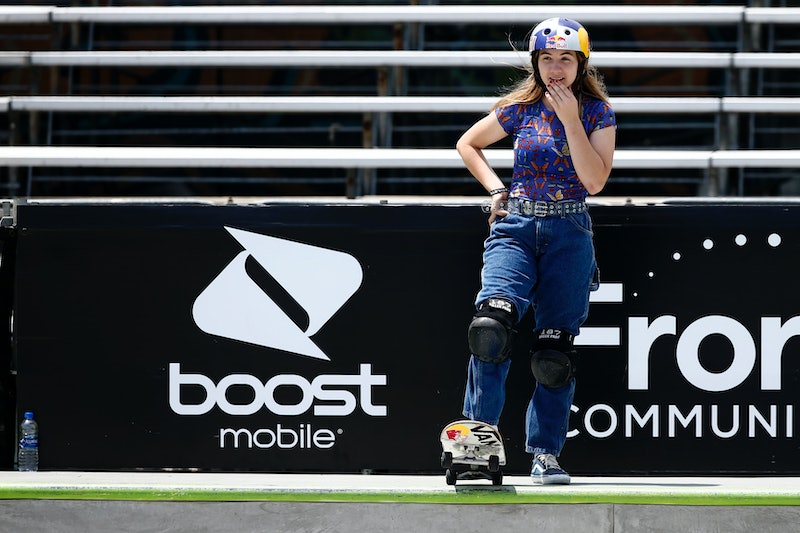 People who have grown into themselves and have a lot of success don't exactly become that way overnight. It often takes a lot of trial, error, and decisions that they probably wouldn't make again. And while we may look at successful public figures as people who know how to maneuver around life well, there are always tips, tricks, or advice they'd give to their younger selves.

Bustle had the opportunity to talk to three athletes at a media summit hosted by U.S. Olympic and Paralympic Committee at Twitter Headquarters for potential 2020 Olympics competitors. Climber Alex Johnson, climber Ashima Shiraishi, and skateboarder Brighton Zeuner are all 2020 Olympics hopefuls who are all kicking ass and taking names. And while they are all exceptional athletes who are making history every day as outstanding athletes, they tell Bustle that the journey to where they are now was not always easy or fault-free. While they are proud of all they have achieved, just like everyone, they too have a part of them that wishes they could go back in time and fix a few things if given the chance.

Check out the advice that Johnson, Shiraishi, Zeuner would give to their younger selves below.