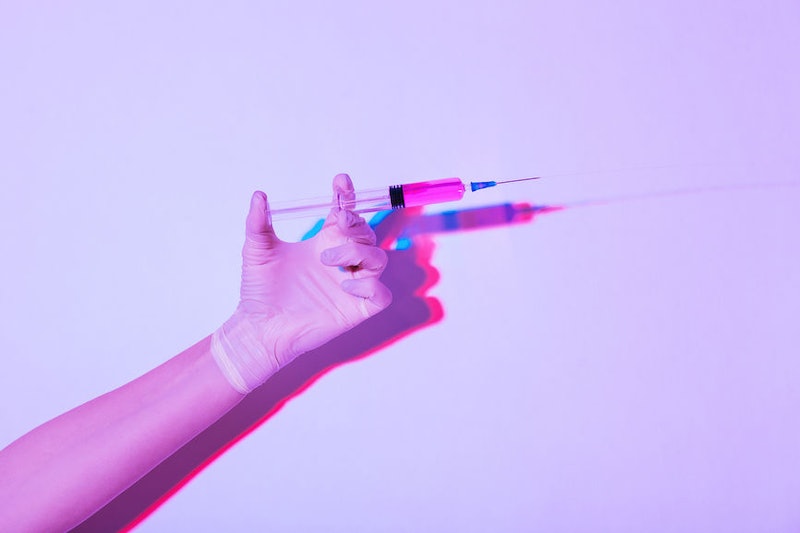 MYA cosmetic surgery spoke to 2,000 members of the British public to ask them what their thoughts were on cosmetic surgery and the preconceptions they have about people who go under the knife. Using patients who have undergone surgery with MYA they told the respondents what procedure each individual had had, and why before showing a before and after picture.

In a statement given to Bustle, MYA's director of patient services at said of their research, "by just hearing real stories from real patients, one in four admitted to wrongly judging people in the past purely for having cosmetic surgery." She continued:

"This is an encouraging step in understanding the truth about the perceptions associated with cosmetic surgery. But there’s still a significant way to go in ensuring the view on cosmetic surgery is informed and honest, where people are not criticised and prejudiced for their decision to make changes to their own body.”

Senior consumer lifestyle analyst at Mintel, a market research agency Jack Duckett told Glamour, “millennials are more open to cosmetic procedures than any other generational group.” Mintel found that 31 percent of people would be open to cosmetic surgery in the future and that 28 percent of 18-24 year-olds and 31 percent of 25-34 year-olds have had some form of cosmetic treatment. That's compared to an average of 21 percent for the whole population. According to the market research agency, 71 percent of adults agreed that people should be psychologically assessed before they are allowed to have cosmetic surgery.

As surgical and non-surgical cosmetic procedures become increasingly visible on social media and in society there is a hope that the stigma attached to them will disappear. The study conducted by MYA found that one third of respondents admitted that after speaking to people who had had cosmetic procedures their perceptions had changed. Two thirds also said that they would support a family member or friend who was considering having a cosmetic procedure. Harrison said, "regardless of their journey leading up to considering surgery, a person has the right to make changes to their own body without being judged.”

While social media may have had an impact on people choosing to look into cosmetic surgery it is too simplistic to say that Instagram is the sole reason people go under the knife. The MYA study highlights the many different reasons people choose to have procedures and shows that their cosmetic surgery does not define them as an individual.

More like this
Pret & Costa’s Coffee Is The Strongest On The High Street, According To Which?
By Sam Ramsden
Here’s What TikTok's "Mascara” Trend Is *Really* About
By El Hunt
Ben & Jerry’s New Sundae Flavours Are A Chocoholic’s Dream
By Sophie McEvoy
Stephen Graham & Steve McQueen Are Working On A Wartime Drama
By Darshita Goyal
Get The Very Best Of Bustle/UK
Sign up for Bustle UK's twice-weekly newsletter, featuring the latest must-watch TV, moving personal stories, and expert advice on the hottest viral buys.