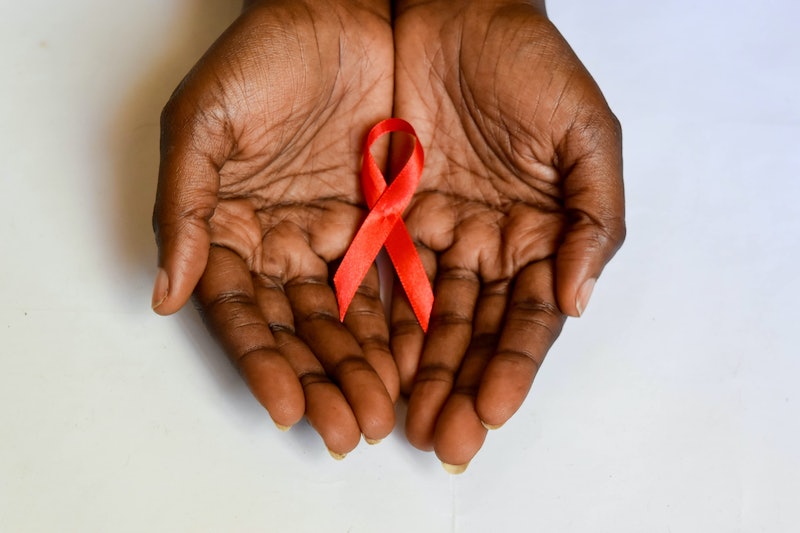 Following Pride month it's hard not to reflect on how far the LGBTQIA+ community has come in the UK in many areas, even in the last few decades. The area of HIV is one of those areas. Thanks to the tireless work of activists and charities so much progress has been made. Getting a HIV diagnosis doesn't have the same implications as it did four decades ago. However, research from the Terrence Higgins Trust suggests there is still a way to go. According to a new poll, almost half of Brits would feel uncomfortable kissing someone with HIV. It looked into people's attitudes and beliefs towards HIV, there's still a lot of stigma attached.

As per the NHS website, HIV is a virus which attacks the immune system and weakens the body’s ability to fight diseases. Terry Higgins was one of the first people to die of AIDS-related illness in 1982. The Terrence Higgins Trust was set up in his memory to provide support for anyone with a positive diagnosis and crucial education about HIV and those living with it. On July 4, the anniversary of Higgins’ death, the Terrence Higgins Trust released a poll that revealed that 48 percent of Brits would feel uncomfortable kissing someone living with HIV and 38 percent would feel uncomfortable going on a date with someone who’s HIV positive.

Over the last few decades massive breakthroughs in HIV treatment have been made. In the UK, 97 percent of those diagnosed and on treatment are virally suppressed, which means levels of virus in the blood are so low that they can’t pass on HIV. However the poll revealed that only 19 percent of Brits were aware that HIV can’t be passed on if it’s being treated effectively.

Despite scientific research proving otherwise 41 percent of respondents believe everyone living with HIV can pass on the virus and 64 percent would feel uncomfortable having sex with someone living with HIV whose on effective treatment.

In a statement the Medical Director at the Terrence Higgins Trust, Dr Michael Brady said, “in just a couple of decades effective treatment means a HIV diagnosis has gone from a virtual death sentence to where we are now saying with confidence — and without doubt — that people living with HIV who are on effective treatment cannot pass the virus on to their sexual partners.” He continued:

“Had this effective treatment been available when Terry was diagnosed, he would have been alive and living a healthy life today.”

The fact that people can now live full and healthy lives with a HIV diagnosis is amazing. However, stigma can still be debilitating. In order to tackle the outdated attitudes surrounding HIV the Terrence Higgins Trust has launched the ‘Can’t Pass It On’ campaign. By working with communities, media, policy-makers, and community groups they want to spread the message far and wide that with effective treatment people with HIV can’t pass it on.

The MP for Brighton Kemptown, Lloyd Russel-Moyle has been open about his own HIV diagnosis. Speaking about the campaign in a statement he explained, “one of the most empowering things in my life since being diagnosed is knowing that I can’t pass on HIV. I can say with confidence that effective treatment means I can’t transmit HIV to my sexual partner and I have a perfectly healthy life, which is absolutely transformative.” He continued:

“During my speech in November when I disclosed to the world I was living with HIV, I said this news should go totally unnoticed but it didn’t. The stigma surrounding HIV is still far too high and that’s why we need to double our efforts to stamp out misinformation about HIV.”

The Terrence Higgins Trust estimates that over 100,000 people are living with HIV in the UK and over 4,000 people are diagnosed every year. The more information and support that’s out there, the better. Campaigns like ‘Can’t Pass It On’ are so essential if stigma surrounding HIV is going to be extinguished for good.