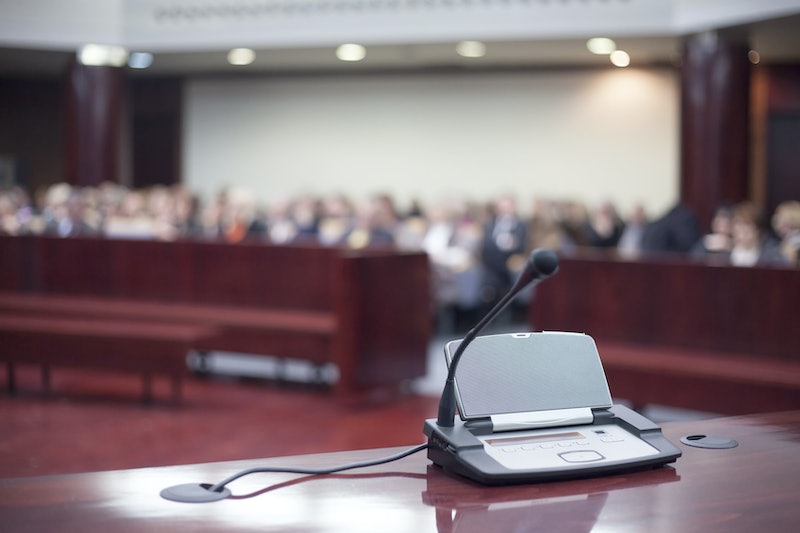 Warning: This article contains information about homicide, depression, and suicide, which some may find triggering.

Isotretinoin can be an incredibly effective treatment for severe acne, although its listed side effects are many. Indeed, some are now wondering whether the medication’s side effects could actually have had a connection to the alleged murder of 20-year-old Makayla Grote of Longmont, Colo. on Nov. 18, 2017. According to the local Colorado newspaper the Longmont Times-Call, attorneys for the 15-year-old boy who stands accused of allegedly killing Grote may be laying the groundwork to include potential side effects of isotretinoin in their defense. The defendant has been charged with first-degree murder, along with 10 additional counts in Grote’s death; a transfer hearing set to take place from March 5 to March 9 will determine both whether the case will go to trial and, if it does, whether it will be transferred out of juvenile court to adult court. Prosecutors are seeking to try the defendant, who is under the age of 16, as an adult.

The question about isotretinoin arose during a hearing that occurred on Friday, Feb. 23. According to the Times-Call, Boulder Deputy District Attorney Adrian Van Nice objected to some of the witnesses the defense planned to call, among them Dr. Doug Bremner, M.D., who has conducted research about the relationship between depression and isotretinoin. The Times-Call noted that defense attorneys Steve Jacobson and Mike Rafik had “never specifically stated” that the defendant was taking isotretinoin, but that they “plan to call on Bremner to testify how the drug could possibly cause aggressive or violent behavior in a person who had never before exhibited those types of behaviors.” The objection centered around the witness being “redundant and not relevant” for this particular hearing. Bremner will apparently not testify at the hearing, although according to the Times-Call, he could still be called as a witness should the case go to trial.

Isotretinoin's effectiveness in treating acne comes from its ability to inhibit sebaceous gland function, decrease keratinization (in layperson's terms according to Wiktionary, the process by which "cells from beneath the skin are converted to hair and nails"), and suppress the body’s inflammatory response, thereby fighting all four of what the American Academy of Dermatology (AAD) identifies as the causes of acne (“excess oil production, clogged pores in the skin, too much of the bacteria P. acnes, and inflammation”). A retinoid, it’s available only as a prescription; typically, patients on a course of isotretinoin will take it in the form of a pill, one or two per day, over the course of four or five months, although for some patients, a second course may be necessary to achieve the desired results.

And those results are usually good. Really good. According to a 2009 study published in the journal Dermato-Endocrinology, isotretinoin remains “the most clinically effective anti-acne therapy” available for severe cases, “producing long-term remission and/or significant improvement in many patients.” Percentage-wise, the AAD notes that 85 percent of patients “see permanently clear skin after one course of treatment” — which, if you’ve ever struggled with acne, is basically the dream.

But, like all drugs and medications, isotretinoin is not without its risks. Although the 2009 study stated that the side effects of a course of isotretinoin are “predictable and rarely interfere with the patient management,” they do still exist — the most prominent being teratogenicity. A teratogen is “an agent that can disturb the development of the embryo or fetus,” according to Medicinenet; isotretinoin is highly teratogenic, causing around 50 percent of pregnancies to spontaneously abort, and about half of the remaining pregnancies resulting in children born with cardiovascular or skeletal issues. For this reason, it’s not recommended that anyone who is or plans to become pregnant in the near future use isotretinoin.

However, the side effect that’s at play in this particular case is isotretinoin’s relationship to depression. That’s where Dr. Bremner comes in: In 2012, he and several colleagues published a literature review in the Journal of Clinical Psychology that examined all of the papers then available “related to isotretinoin, depression, and suicide … as well as papers related to class effect, dose response, and biological plausibility.” The literature review covered the years 1960 to 2010—and according to the researchers’ analysis, there are “lines of evidence showing that isotretinoin can cause depression and suicide in some susceptible individuals.” Indeed, the researchers wrote, the “evidence for an association is comparable to other drugs, such as steroids, which are accepted as being associated with psychiatric side effects” — which, they said, puts a huge wrench in the dermatology community’s tendency to “state that acne causes depression and that treating acne with isotretinoin is a treatment for depression.” This is incorrect, according to Bremner and colleagues; indeed, isotretinoin might actually be a cause of depression.

Then again, though, not all the research agrees. A number of studies, including this one from 2005 and this one from 2017, have found no link between isotretinoin and depression — although a different study from 2005 did note that “the possibility of a relatively rare idiosyncratic adverse effect remains.” For what it’s worth, there doesn’t seem to be a ton of research about isotretinoin with relation to violent behavior, although a 2013 study published in the Medical Science Monitor about the anti-malaria medication mefloquine makes an interesting point. Like isotretinoin, mefloquine is a retinoid; it also has some similar side effects to isotretinoin. The study observed that retinoid toxicity may be responsible for the “cognitive disturbances, anxiety, depression, psychosis, and violence” that have been linked to mefloquine as side effects.

In the Longmont case, Boulder District Judge Andrew Macdonald agreed with the prosecution that the possible side effects of isotretinoin weren’t relevant for the transfer hearing, according to the Times-Call. The hearing is scheduled to begin on March 5.

More like this
TikTok's Favorite Bartender Thinks Mimosas & Bloody Marys Are Out For Brunch
By Alexis Morillo
TikTok Is Using A Kendrick Lamar Song To Post Thirst Traps
By Courtney Young
Instagram Users Are Reporting Issues Scrolling & Logging In
By Courtney Young
What Does “Gatekeeping” Mean On TikTok? The Viral Term, Explained.
By Courtney Young
Get Even More From Bustle — Sign Up For The Newsletter