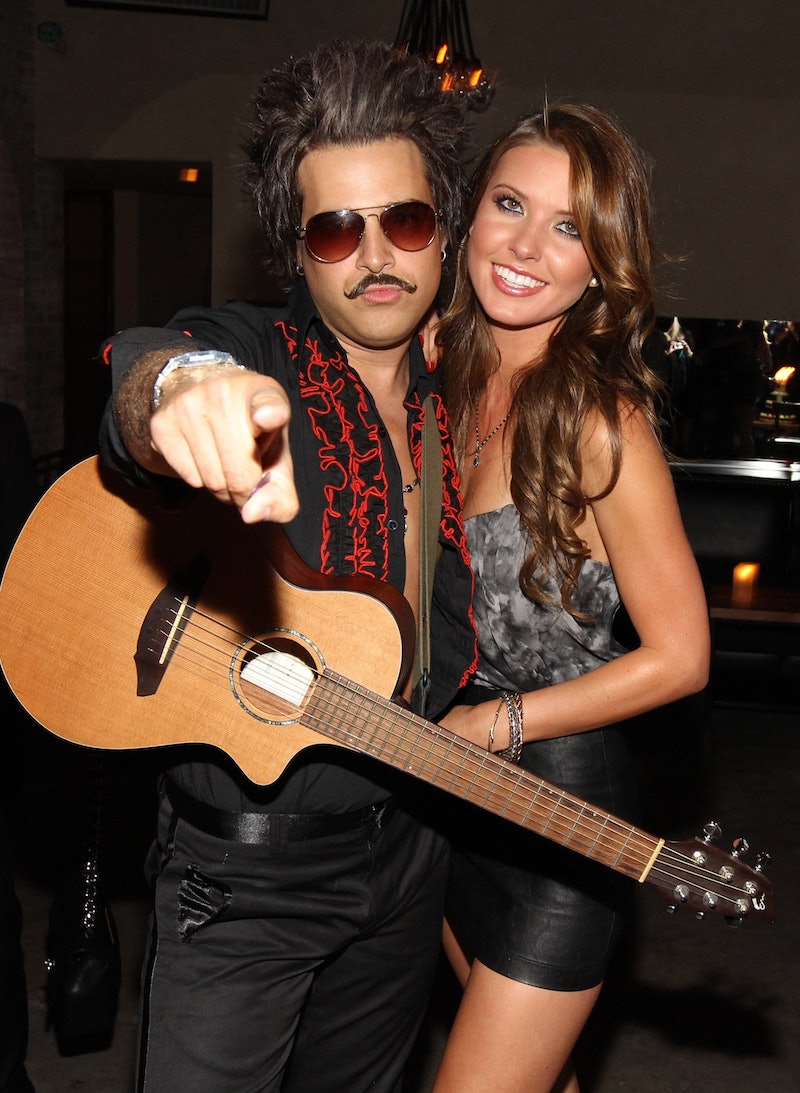 A former star of The Hills and her musician boyfriend are once again headed to Splitsville. According to People, Audrina Patridge and Ryan Cabrera have split after five months of dating. This is sure to be sad news for everyone rooting for the couple's second chance at love.

People confirmed the news about their breakup in a report published on Sept. 24. As of right now, neither Patridge nor Cabrera have commented publicly on the split. This sad news comes shortly after it was confirmed that they had rekindled their relationship, years after they first dated in 2010. In a major blast from the past, People reported in late April that the reality star and the "On the Way Down" singer were dating. A source told the publication, "They’ve been spending a lot of time together recently and are having a good time.”

Following this report, Us Weekly noted that the two were spotted at the Stagecoach country music festival together in April, which only served to strengthen rumors that they were an official item. Their relationship was officially confirmed in June, when Patridge discussed the news with People. “I mean, I’m the happiest I’ve ever been right now," she told the publication, "You know, things are going really good.”

She continued to say,

"We’re just having fun. Nothing is forced. You know, great things happen when it’s not forced, and things are naturally just happening. And that’s what it is. We just have the best time together."

Of course, things have unfortunately gone south for the pair since then, as they've reportedly since parted ways.

As previously mentioned, this isn't the first time that they've split, though. Patridge and Cabrera originally dated way back in January 2010, during the height of The Hills' popularity. Months later, in May 2010, it was announced that the pair had broken up. Since this occurred during a time when The Hills was filming, the breakup was actually filmed for the MTV series, as could be seen in a June 2010 episode of the show (Season 6, Episode 9).

According to an official MTV recap of the episode, Patridge told her costars, Stephanie Pratt, Lo Bosworth, and Kristin Cavallari, "In my mind, I feel like it's coming to an end," in regard to her relationship with Cabrera. She also said, "I made a mental list of pros and cons. It's not going to work," before calling it quits with the musician at his place.

Cabrera and Patridge's reconciliation came eight months after the reality star filed for divorce from her ex, Corey Bohan, with whom she shares a young daughter, Kirra, per People. According to the publication, The Hills star cited irreconcilable differences in September 2017, due to an alleged domestic violence incident. In regard to the allegations, a source told Us Weekly, "Corey is denying everything." (When the story was originally reported, Bustle reached out to Patridge's reps for comment, but did not receive a response and Bohan could not be reached for comment.)

Even though Patridge moved on with Cabrera, making fans of the pair oh-so-happy, it appears that they've since parted ways. Given that they do have such a history together, who knows, maybe they'll find their way back to each other in the future. As people always say, third time's the charm.