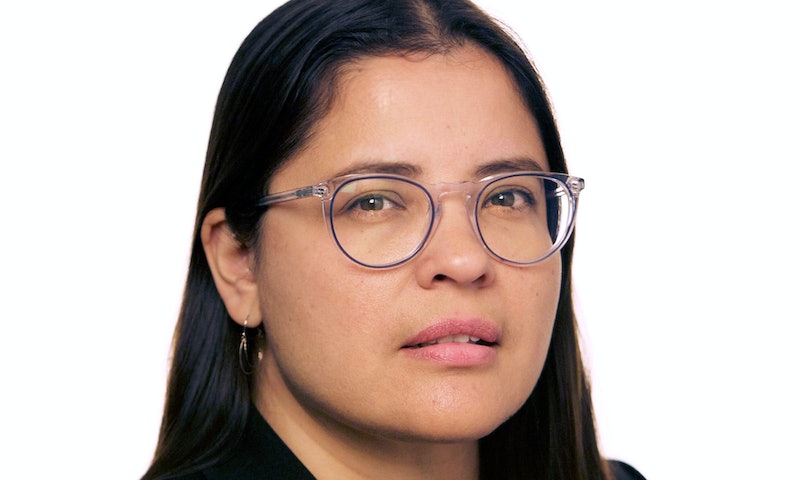 Aura Bogado is a reporter at Reveal. Her investigative journalism inspires her readers to acknowledge and critically unpack race, gender, and immigration, in every intersection. That's why she's included in this special edition of Bustle's Must Follow, in which we highlight the incredible Latinx voices you need to follow on Instagram and Twitter.

“I'm an immigrant who's actually an immigration reporter for Reveal from the Center for Investigative Reporting.”

“I hope that some of what I tweet inspires people to think critically about the intersections of race and gender, the nuances of justice and accountability, and the profound challenges and opportunities of immigration reporting in the Trump era.”

“I think I recognized that people were listening to what I had to say some years ago. But I'm still learning about the responsibility that comes with that kind of presence on the internet. I'm striving to be better about that these days.”