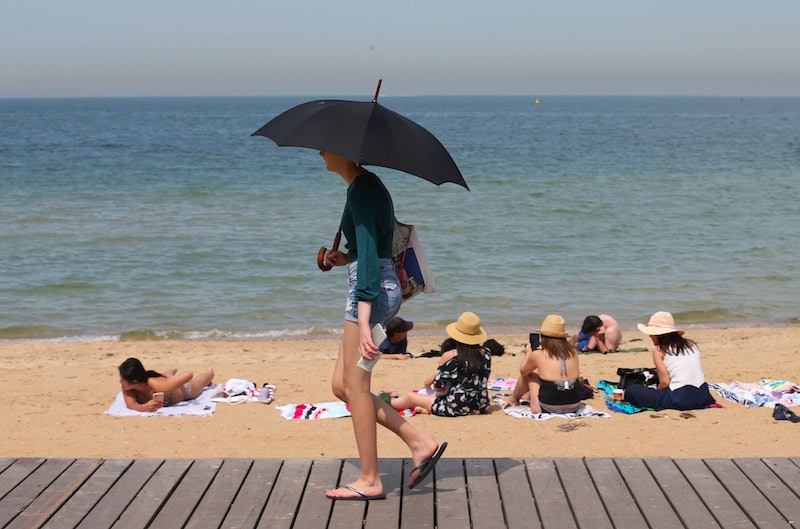 The Bureau of Meteorology (BoM) has reported Australia has reached the hottest day on record yesterday (Dec. 17), as it sores to an average temperature of of 40.9ºC in December. The BoM has stated this is the hottest temperature since January 2013, when Australia saw the average maximum temperature across the continent reaching 40.3ºC.

According to the Guardian, heat records were broken in 17 towns in South Australia this week, with Ceduna seeing temperatures reach 45.5ºC.

Right now, bushfires are burning across the country, with the hot weather creating ideal conditions for fires to spread. 9news reports that 30 fire crews are fighting fires in north Brisbane as Queensland sees around 70 bushfires and some residents are being told to evacuate the area. Earlier this month, the BBC reported that 100 bushfires were raging in New South Wales.

"For many areas, severe to extreme heatwave conditions will be felt, so it's important people follow the advice of health authorities, stay up to date with the latest forecasts and warnings from the Bureau and remember to check in on any vulnerable family and friends."

BoM reports that heat waves are a "silent killer," usually not receiving as much media attention as cyclones, floods, and tornados. "Heatwaves can result in significant health stress on vulnerable people," their website states. "This stress may result in death during the heat event but in many cases this can occur well after the heatwave has passed. Often the cause of death during a heatwave is difficult to determine, as many people who die during a heatwave have a pre-existing or contributing health condition."

Dr Watkins said it’s crucial for communities to be alert for the weather risks: "We've already seen significant bushfire activity during spring, and the outlook for drier and warmer than average conditions will maintain that heightened risk over the coming months.”

The rising temperature could be related to climate change. According to the BBC, 9 of the top 10 hottest years on record in Australia have all taken place since 2005, with BoM saying there is a link to climate change. "In addition to the influence of natural drivers, Australia's climate is increasingly influenced by global warming and natural variability takes place on top of this background trend," they write. "Australia has warmed by just over one degree since 1910, with most of the warming occurring since 1950."