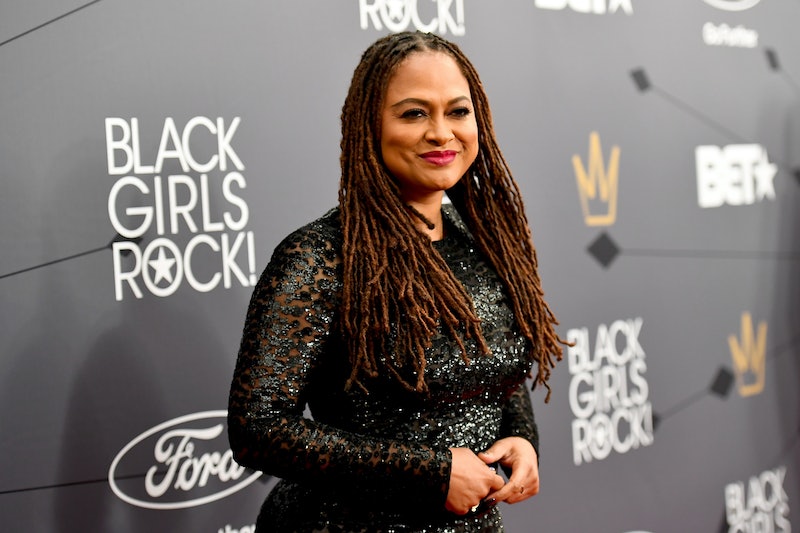 Over the course of the history of filmmaking, men in charge have had a tendency to help out other men, recommending other men for jobs, and mentoring other men in a continuing cycle resulting in the repetitiousness of male-dominated Hollywood. So it's become clear to many women in the industry that they have to do the same. Through mentorships, all-female production companies, and distribution deals, women are helping other women get their films made and out there. Ava DuVernay's ARRAY is one such company out to change the film industry by championing more female directors and stories of all kinds. Director Lisa France, whose documentary Roll With Me is the 20th film in the ARRAY canon, says that because of women like DuVernay and their efforts, it's actually a great time to be a woman in the industry.

"I feel as we’re being heard now and I feel like it’s actually an amazing time to be a female filmmaker," she says, speaking over the phone. Her doc Roll With Me, which will premiere in limited theatrical release on Nov. 26 and hit Netflix on Dec. 1, tells the story of Gabriel Cordell, a recovering addict and paraplegic who sets out to be the first person to roll across America, 3100 miles from Los Angeles to Long Island, in an unmodified wheelchair. Though Cordell isn't an athlete, is a chronic smoker, and is recovering from various drug addictions, France had a gut feeling that he could do what he set out to do. "The more I got to know him and the more I spoke to him, the more I had this weird feeling that he was gonna make it," she explains.

Under Frances's leadership, Roll With Me gives a platform to many points of view not frequently seen on screen. What started out as a project tracking Cordell's journey across America quickly grew into a larger story with grander themes. In prepping for the ride, France's film crew became a hodgepodge of men who were on their own personal journeys, including a Guatemalan veteran of the Marine Corps suffering from PTSD, a man who was in the process of self-diagnosing himself on the Autism spectrum, multiple recovering addicts, a Jewish army vet working through issues with his father, and France herself, a lesbian at her own career crossroads. Cordell's nephew, a fellow recovering addict, also joined the crew, adding a familial element as well as Arabic language, being that Cordell and his family are Palestinian. "The story is about America," France says. "It’s about community, it’s about loving each other and supporting each other and even though it's very difficult."

Though France has been in the business for over 20 years, she, like so many other women, has faced a number of challenges getting her projects off the ground, financed, or distributed. "Often in my other distribution entity relationships, I have felt a lot of pushback and I’m sorry to say it was men I was working with and they weren’t collaborative," France says. Her experience with ARRAY, however, has been the complete opposite. "Ava's a pioneer. [ARRAY has] been nothing but collaborative. Every idea, every relationship that we can share with them, they’re like, 'Thank you, thank you, awesome, thank you. Do you have a phone number?'" The simple act of asking around, recommending other directors, writers, or producers, and passing along names of women in the industry is they key to getting more women in positions of power in filmmaking. In turn, we'll start seeing more women and marginalized people on screen and hear their stories.

And this creation of spaces where women can flourish creatively and use their power to help other women doesn't have to exclude men, in fact, France believes including men in the effort to hoist women up is necessary. "I don’t think it's any woman’s objective to kick dudes out of the directing chair. We just want a shot," France says. "We just want to show that we’re as good as they are and sometimes better and we think the best person for the job should be hired and we just want to be considered. Let us get a crack and don’t just give us one crack because we might not hit out of the park on the first try. Because guys get second chances all the time. And I feel that that is actually starting to happen now."

More like this
Lin-Manuel Miranda & Tituss Burgess React To 'Little Mermaid' Casting Backlash
By Radhika Menon
14 Women To Watch This Oscar Season
By Marina Watts
An Extremely Messy Ranking Of What Actually Happens In 'Don't Worry Darling'
By Chloe Foussianes
Paul Mescal, Man Of Mystery
By Samantha Leach and Heather Hazzan
Get Even More From Bustle — Sign Up For The Newsletter