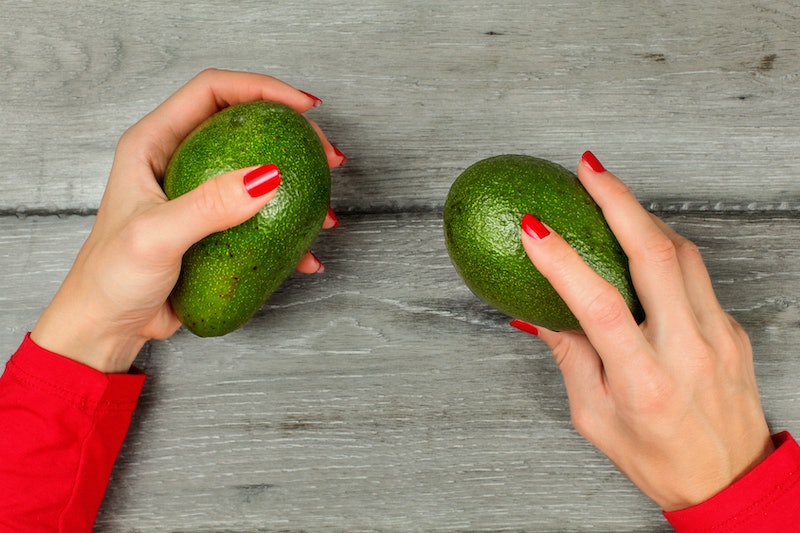 Excellent news for anyone who has ever known the struggle of waiting seemingly forever for an avocado to ripen and then missing the extraordinarily brief window in which it’s edible, leaving them sadly guacamole-less: Avocados that stay ripe longer are now a thing you can buy. Made by technology from the start-up Apeel Sciences used in conjunction with avocados from Del Rey Avocado Company and Eco Farms, they last fully twice as long as regular avocados — and they’re currently available from two different retailers: Costco locations in the Midwest, and Harps supermarkets. According to The Daily Meal, a bag of five Apeel avocados are a mere $5 at Costco, so if you’re, y’know, saving up to buy a house, you can still enjoy avocado toast in the meantime. Also, the product has big implications for sustainability — so basically, everyone wins. Hoorah!

Founder and CEO James Rogers first struck upon the idea that would become Apeel Sciences while he was working on his PhD With an undergraduate degree in both Biomedical Engineering and Materials Science and Engineering from Carnegie Mellon University (he double-majored), Rogers had gone on to the University of California, Santa Barbara to keep developing his work in Materials. According to a piece he published on Medium, it was when he combined his knowledge of the technique used to keep steel from rusting with a news piece he listened to in the car on his way to the lab about world hunger that he began to wonder: If we can prevent steel from going bad, why can’t we do something similar to keep food from going bad? After he discovered the magnitude of the problem — it’s estimated that fully half of the produce harvested in the United States ends up in the landfill, according to a 2016 report from the Guardian — he got to work creating Apeel Sciences.

And now, the start-up is seeing results. According to its website, Apeel’s treatments are “a family of plant-derived coatings” for fruits and vegetables that helps the produce retain moisture while simultaneously repelling oxygen, thereby slowing the rate at which it spoils. The coatings are made from the lipids and glycerolipids that already exist in the peels, seeds, and pulp of fruits and vegetables (and while we’re on the topic, consider this your reminder that everything is chemicals — water, air, fruits and veggies, the works); they’re compliant with all Food and Drug Administration (FDA) regulations, and they don’t change the taste or smell of your food in any way. Apeel has found that its treatment can extend the shelf life of over two dozen types of produce; this extraordinarily satisfying timelapse video shows exactly what the difference between treated and untreated fruits and veggies can be like:

Which brings us to avocados. Given the fact that avocados are both one of the most beloved and notoriously quick-to-spoil fruits out there, it’s unsurprising that Apeel would start by introducing these treated fruits to the world; indeed, as the company put it in a recent blog post:

“Why are we starting with avocados? Everyone loves avocados, but spoilage is a major challenge and avocado quality can vary greatly based on where you live in the country. You never really know what you're getting until you cut into your avocado at home — and it's so frustrating to have to throw away a bad avocado! In fact, avocados are so universally frustrating to people, they've reached internet meme status.”

Estimates vary as to how long an avocado lasts once it’s ripe; typically, though, it’s not usually more than a few days. If kept at room temperature, it will probably be good for two to three or four days, although if you put a fully ripened avocado in the fridge, it will last a little longer — five to seven or 10 days, roughly. You can even freeze ripe avocados: According to StillTasty, a properly stored frozen avocado will taste its best for between three and six months, although it’s still safe to eat if you wait longer than that.

An Apeel avocado, meanwhile, will remain ripe without becoming overripe for about twice that time — meaning you’ll have close to a week to eat ripe ‘cados stored at room temperature and anywhere from two weeks to a whopping 20 days to eat them when stored in the fridge.

The best part, though, is that even though an extra step will be taken in the production process for Apeel avocados — Fortune reports that Del Rey Avocado Company and Eco Farms, which produce avocados for Costco and Harps respectively, are sent Apeel as a powder, which they then mix with water before dipping or spraying the avocados with the resulting concoction — James Rogers says that consumers won’t see a rise in price on their end. According to Fortune, that’s because money is saved on the retailers’ end by reducing the losses that can occur due to spoilage — losses which usually wind up being to the tune to $18 billion per year.

And, of course, it means that consumers have a much longer window in which to enjoy their ripe ‘cados. I’d call that a win-win situation.

There is, of course, a tradeoff: An avocado treated with Apeel’s additive will last twice as long as an untreated avocado… but it will also take twice as long to ripen. If you’ve ever wondered why grocery store avocados are always rock hard, that’s by design; avocados begin ripening after they’ve been picked, not while they’re still on the tree. They usually take around three to seven days to fully ripen — but an Apeel-treated avocado will probably take closer to six to 14.

For the curious, here’s a timelapse video showing the ripening and shelf life periods of untreated versus treated avocados:

The good news, though, is that you can help it along somewhat by sticking it in a paper bag with a banana, apple, or kiwi. These three fruits produce a ton of ethylene, the plant hormone that triggers fruit ripening; closing an unripe fruit up with it will therefore help the fruit to ripen faster.

Don’t put an unripe avocado in the fridge, though. Just as room temperatures encourage the ripening process, cooler temperatures actually slow it down. According to the California Avocado Commission, if you store a firm avocado in the fridge during its key ripening period, you’ll likely end up with “an incompletely ripened avocado, or an avocado that never softens, making it inedible.” The horror! The horror!

For now, Apeel avocados are only available at Midwest Costco locations and Harps; hopefully, though, they’ll expand sooner, rather than later. And, hey, maybe those other two dozen fruits and veggies Apeel has had success with will be on the way shortly, too. Lunch has never looked so good!