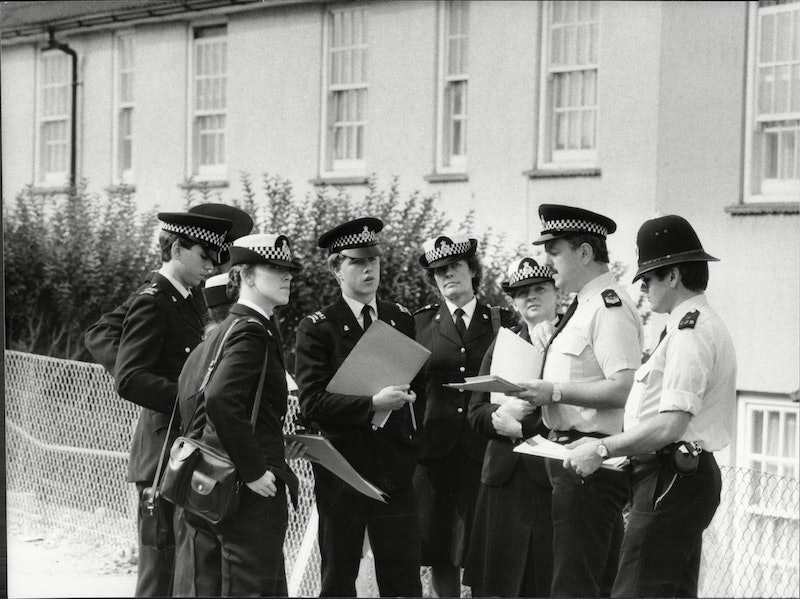 On October 9, 1986, Nicola Fellows and Karen Hadaway, two 9-year-old girls who lived in Brighton, were killed by a man named Russell Bishop who was 11 years their senior. A year after his heinous act, Bishop was acquitted of the crime, until almost 30 years later, when he was finally found guilty of murder in a second trial which took place at the end of 2018. In a new documentary airing on ITV, Babes In The Wood tells how Russell Bishop finally ended up behind bars for the 1986 crime, in the longest running enquiry ever conducted by the Sussex Police.

Premiering on ITV1 at 9 p.m. on Thursday, March 28, the new documentary seeks to answer just why it took over 30 years for Bishop to be brought to justice. The Sussex Police knew that he was their man, as Fellows' dad Barrie recounts to McDonald in the documentary: "The police came and told us the details," remembering how "They told me she’d been asphyxiated and sexually abused. I just said, 'Why?'" Despite Bishop's swift arrest in October, 1986, he was acquitted when brought to trial, as the Guardian reports.

The documentary also reveals how during Bishop's trial, his defence team even sought to frame Fellows' dad, as they tried to convince the jury that it was him who had committed the murder. While the police knew otherwise, those aspersions would go onto dog Barrie for decades to come. "Bishop was looking for a scapegoat and I was it," he tells McDonald in the documentary.

Bishop was later tried for another crime not too long after. As the Telegraph reports, in 1990 he was trialled for strangling and sexually assaulting a 9-year-old girl, who managed to flee from the boot of his car. After the victim testified in court from behind a curtain, Bishop was convicted and sentenced to a life in prison, which he was still serving when he was convicted in 2018 based on new DNA evidence.

"It’s made me believe in justice," Barrie Fellows tells McDonald. "The truth is he murdered two little girls, he tried  to murder another little girl and  now he’s wallowing in prison,  where he  should be," he adds. The documentary takes you right up to this point, and seems to leave nothing out right from the very start. Alongside first hand accounts from one of the victim's dads, you'll also see police footage as revealed exclusively to ITV, as well as confessionals from the policemen working on the case themselves.

It's a troubling and terrifying account of just how limiting the justice system can be. But despite the tragedy, there is some hope at the end. With Bishop's recent conviction, there seems to have been a shift in the UK justice system, which might make you hope that this — someone being able to commit one of the most despicable crimes imaginable, and get away with it — could never possibly happen again. Still, it's way more than just a little too late, especially for his victim in 1990, who would have been spared her ordeal if he had been convicted the first time round.

More like this
After The Bling Ring, Nick Prugo Was Embroiled In Another Scandal
By Arya Roshanian
Only 3 'Married At First Sight UK' Couples Are Still Together
By Bustle UK
'The Ex-Wife’s First Look Pics Are Giving 'Gone Girl' Vibes
By Bustle UK
15 Piping Hot Behind-The-Scenes Secrets From 'Great British Bake Off'
By Emily Dixon and Darshita Goyal
Get The Very Best Of Bustle/UK