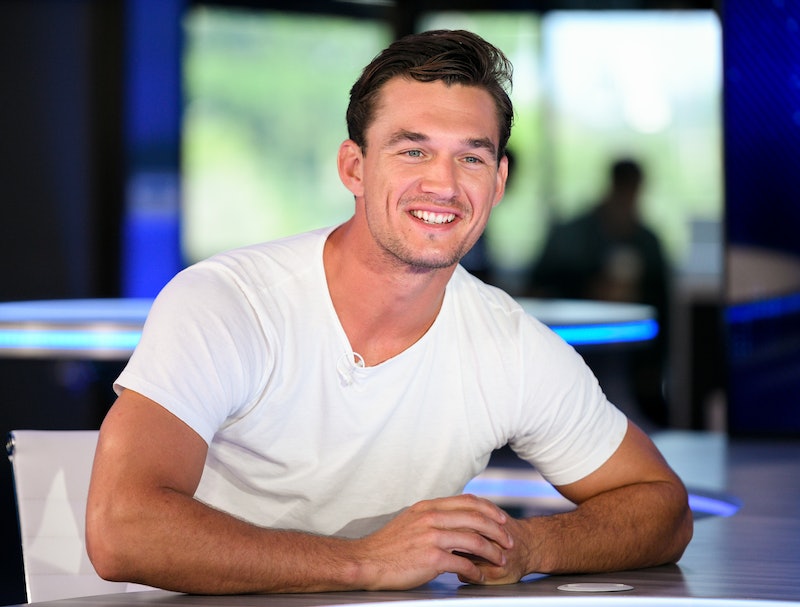 Start panting, because former star of The Bachelorette, Tyler Cameron, is hosting a new show about dogs. Alongside urban interior designer Delia Kenza, Tyler will serve as co-host for a Quibi reality series appropriately titled Barkitecture. A show that combines canines, dog houses, and a Bachelorette favorite is exactly what the entertainment world needs.

Barkitecture will follow passionate dog owners who are obsessed with giving their pets over-the-top, ridiculous, and extravagant dog houses. Tyler and Delia will work with each owner as they build a customized dog house for their beloved pet. It's like lifestyles of the rich and famous with an MTV Cribs' twist, but for dogs. Barkitecture will exclusively be shown on Quibi, a mobile streaming platform launching on April 6 and features shows that viewers can watch anywhere between three and 15 minutes.

Prior to the official Barkitecture hosting announcement, Tyler teased an upcoming project on Twitter. On Jan. 22, he responded to a fan saying they'd love to see him back on their television. "Be back soon with something different," he tweeted. Well, Barkitecture certainly is out of the ordinary for Tyler. He's typically known for making headlines about his love life, like when he dated fellow model Gigi Hadid, or if he ever has a run-in with Hannah Brown, who didn't choose Tyler on Season 15 of The Bachelorette.

Based on Tyler's Jan. 29 Instagram showcasing two selfies with his dog, Harley, he's ready for his return to TV that certainly comes without the pressure of being handed a rose, but rather accepting sloppy kisses from sweet pups. An official premiere date for Barkitecture hasn't been announced.