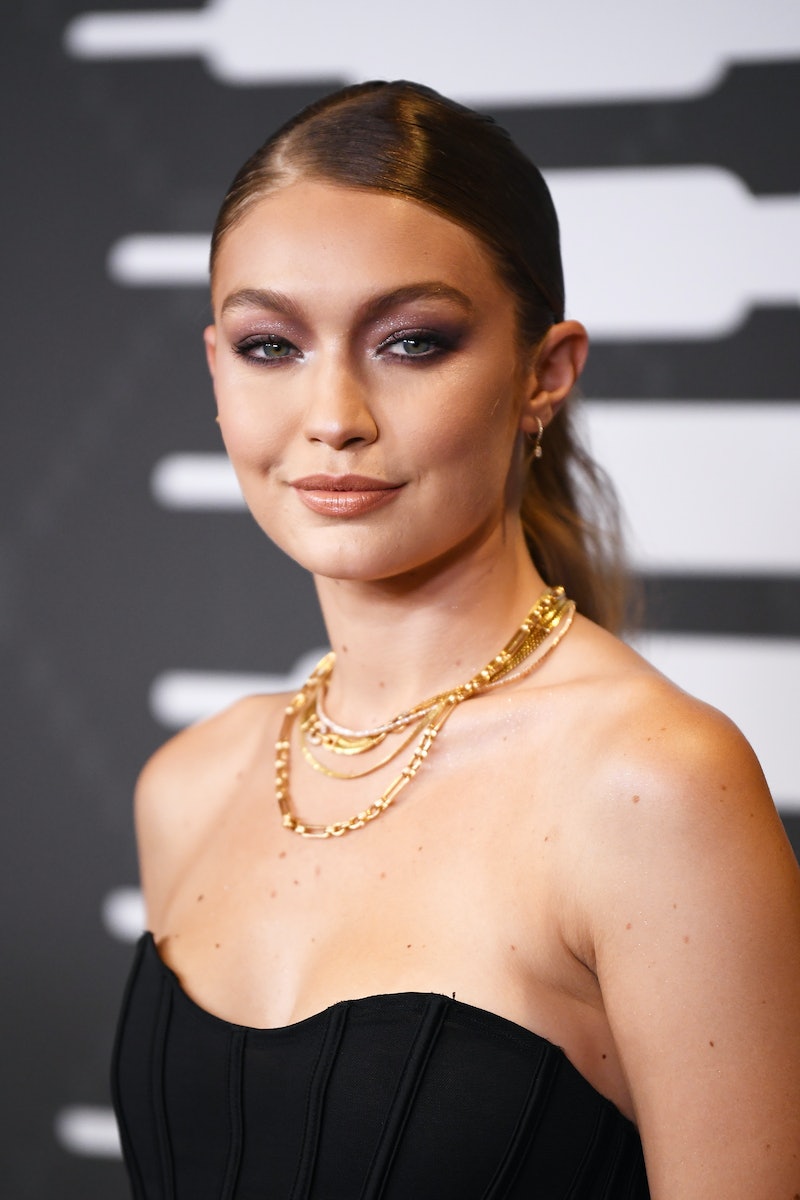 Well, the signs were there all along. On Thursday, Oct. 3, Us Weekly reported that Tyler Cameron and Gigi Hadid split after nearly two months of dating. This shouldn't really come as too much of a surprise, though, since Tyler has been pretty vague when addressing the nature of their relationship from the start, and Gigi has kept quiet about it entirely. (Bustle reached out to reps for Gigi and Tyler for comment, but did not receive an immediate response.)

Tyler and Gigi were first spotted out together at the beginning of August, and continued to hang out frequently for the next several weeks. Most people assumed the pair was dating, but Tyler insisted that things were strictly platonic on more than one occasion. Now, it seems as if all of that — whatever it actually was —  has come to an end. "Tyler is single," a source close to the situation told Us Weekly on Oct. 3. "He and Gigi Hadid are no longer together."

Tyler basically said as much himself while serving as the bartender on Watch What Happens Live With Andy Cohen on Oct. 1. Jenny McCarthy was also a guest on the show that night, and when she flat-out asked Tyler, "Are you single right now?" He kept it vague and replied, "I may be single."

While it's unclear when exactly he and Gigi actually split, there's a chance things started to fizzle out at least a week before the news of their breakup. During an interview with Entertainment Tonight on Sept. 24, Tyler claimed he and Gigi were "just friends." Then he added, "Our relationship doesn't need to be public. She's good people, she's an amazing person and we're just keeping it friendly." Tyler also told ET in that same interview that he's "trying to date privately," after dating very publicly on Hannah Brown's season of The Bachelorette. "I'm not in love with anybody right now," he explained. "I'm in love with myself."

Tyler and Gigi first caught fans' attention by following each other on Instagram when The Bachelorette concluded in July. They took things offline for a hang at DUMBO House in Brooklyn on Aug. 4, and then went bowling with a group of friends in the area the very next night. They were snapped together by paparazzi more than a few times after that, and several sources told E! News that they "were touchy feely and very cute all night" at a VMAs after-party on Aug. 26. It definitely seemed like things were getting serious when Tyler accompanied Hadid and her entire family to the Netherlands for her grandmother's funeral at the beginning of September.

The reason Tyler and Gigi reportedly ended things remains unclear. However, Gigi's been incredibly busy this month walking in Fashion Week shows all over the globe. Tyler's got his own stuff going on right now, too — he just moved into his own apartment in New York City, and pretty much everyone can relate to the stresses that come with that.

As for the future of Tyler and Gigi's whatever-they-are-'ship, fans will just have to wait and see. Or wait for Tyler to spill the details the next time he's asked in an interview.