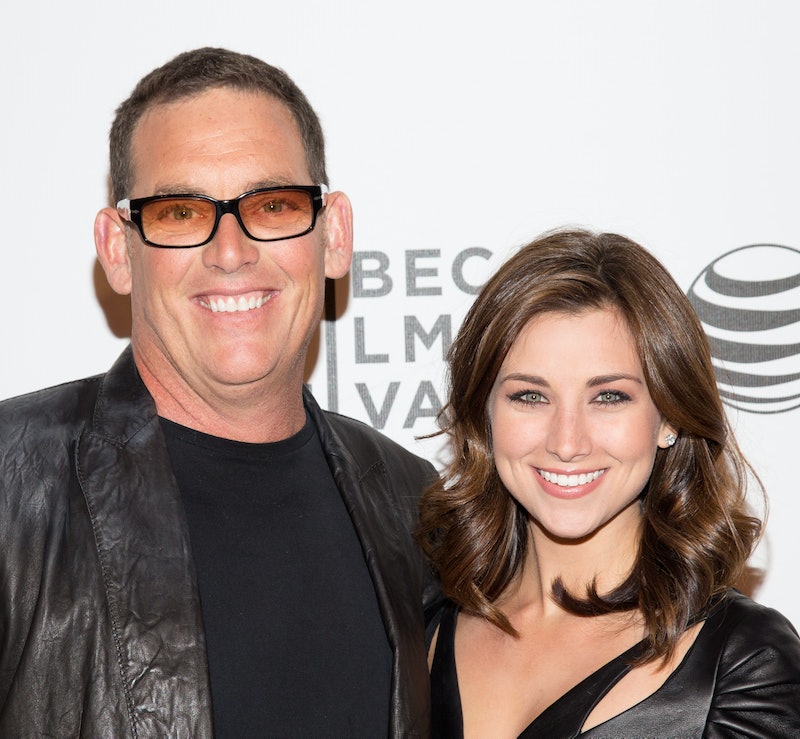 More than three months after Laura Fleiss accused husband and Bachelor showrunner Mike Fleiss of verbal and physical abuse (which he denied), the couple is back together and clarifying some "erroneous" details surrounding their temporary split. On Sunday, Mike and Laura announced their reconciliation in a series of tweets and have decided to work on their marriage.

While Mike thanked Bachelor fans for their support, Laura went into a bit more detail. She explained that she and Mike "went through a challenging time," including a fight over a phone that caused them both to show "immature and irresponsible" behavior, which they both regret. Then, Laura went on to address her earlier allegations against Mike, tweeting:

"I would like to correct the erroneous reporting that my husband intentionally tried to attack and hurt me. That is untrue. We both take full responsibility for our actions and have worked very hard to repair the damage to our relationship and family and are working together with the help of a marriage counselor to rebuild what we lost."

Back in mid-July, court documents obtained by The Hollywood Reporter revealed that Laura claimed Mike got physical with her during Fourth of July weekend and allegedly threatened her with divorce if she did not get an abortion. At the time, Laura claimed Mike allegedly pinned her against a wall and threatened to push her down the stairs and punch her in the face. According to Deadline, Laura was granted an emergency restraining order against Mike, who denied the accusations and claimed he was actually the victim in the situation.

"Laura was the aggressor during the incident and physically attacked me," Mike claimed in his court filing, via People. "I tried to get away from her as she was chasing me and hitting me. I have security footage from our home that shows the incident, which the Court can review." The restraining order was reportedly dropped by the end of July and the couple settled their divorce, according to an August report from Entertainment Tonight.

Bachelor host Chris Harrison reacted to the allegations on his girlfriend Lauren Zima's Bachelor Party podcast in late July, calling the situation with Mike and Laura "a very personal, private matter between he, his wife, his kids, his family, and [it] is outside of production." Then in August, ABC Entertainment President Karey Burke confirmed production of The Bachelor would not be impacted, since "the charges have been dropped and from what we understand and were told, the situation was resolved amicably between the parties." (ABC previously told Bustle through a Warner Bros. spokesperson that they were "aware of these serious accusations" against Mike and "looking into them.")

In mid-September, production began on Peter Weber's season of The Bachelor and Mike shared photo from set of the Bachelor mansion. At the end of October, he tweeted again about the upcoming season, which airs in January, and how it may be the best one yet.

More like this
Megan Mullally & Nick Offerman’s Relationship Includes Several Collaborations
By Caitlin Gallagher and Brad Witter
'Bachelorette' Vet Clare Crawley Revealed Her Stunning Wedding Photos
By Stephanie Topacio Long
'Bachelorette' Vet Clare Crawley Unveiled 2 Special Wedding Day Accessories
By Stephanie Topacio Long
Hannah Ann Got Engaged 3 Years After 'The Bachelor' & The Proposal Was Dreamy
By Grace Wehniainen
Get Even More From Bustle — Sign Up For The Newsletter
From hair trends to relationship advice, our daily newsletter has everything you need to sound like a person who’s on TikTok, even if you aren’t.