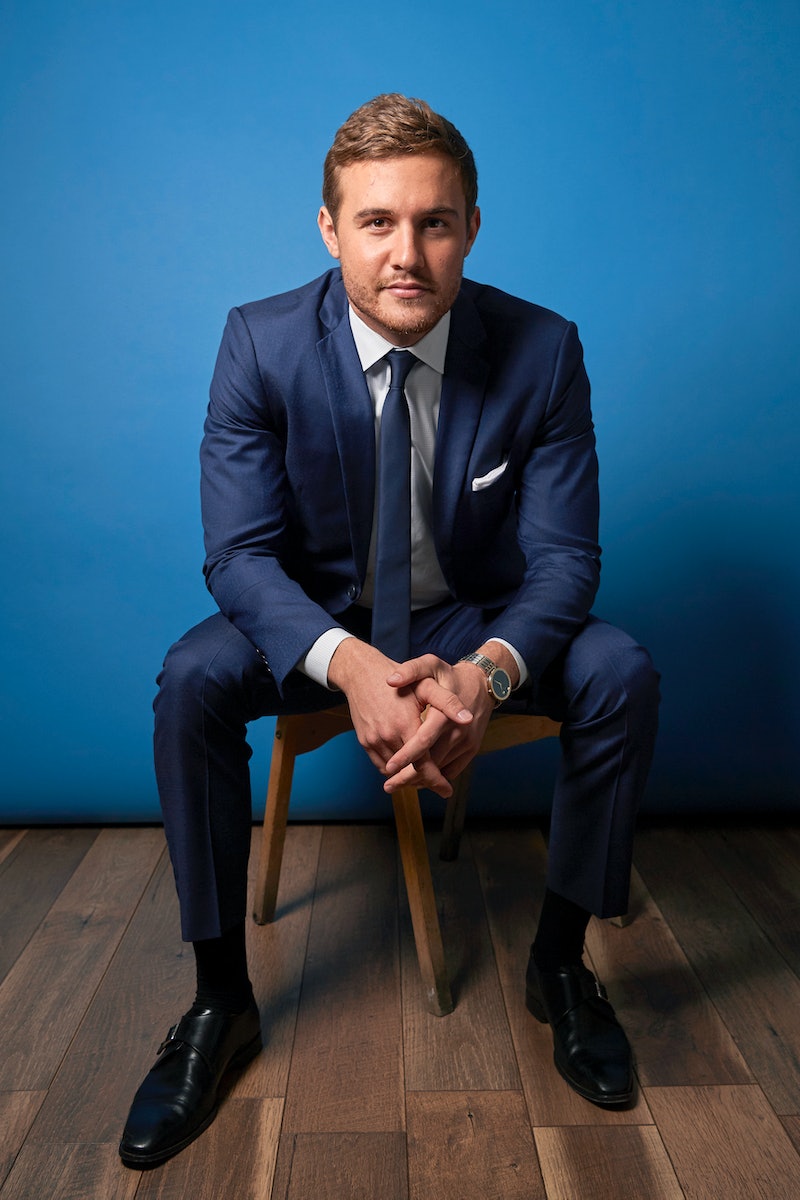 Peter Weber is calling his reported family feud "fake news." Following a contentious season finale, Bachelor Peter addressed a rumored rift with mom Barbara in a series of Instagram Stories on Friday, March 13. Displaying an Entertainment Tonight online news story that cited a source who claimed Peter's relationship with his mom "has been strained," the commercial pilot panned up to show Mrs. Weber lounging with a dog on her lap. "Barb, any comments on that one?" he asked her. After she responded, "I love you," Peter joked, "Very strained."

Barb had sparked fan backlash after she pleaded with her son to bring home Hannah Ann, instead of Madison during the first installment of The Bachelor's two-night finale on March 9. Despite his initial on-air proposal to Hannah Ann, Peter ultimately ended their engagement and rekindled his relationship with Madison — much to his mothers' chagrin, which was on full display at the March 10 After the Final Rose special. Peter and Madison announced their split two days later.

ET had reported that March 13 that, per their insider, Peter and Barb did not speak after the finale and that their relationship had already been "strained" in the weeks leading up to the finale episodes of the ABC reality dating series. Peter had been living at home with his mom and dad, Peter Sr., near Los Angeles, but had recently relocated to a hotel, according to ET.

Peter seemed very much at home in later Instagram story posts, however, sharing videos of him fireside singing along to "Happy Now" by Kygo, whom he credited with "coming through with the feels" in a caption. (Sample lyrics: "You and me, it was good, but it wasn't right / And it'll be hard, but I know I will make it out / Step by step, I'll move on and get on with life / So I let go, and I hope you'll be happy now") Later, Peter let loose, flossing to the same song with Bachelor producer Bradford Dworak.

When announcing via Instagram on March 12 that he and "Madi" had "mutually decided to not pursue [their] relationship any further," Peter acknowledged his "mistakes" in the relationship and thanked his friends, family, and, of course, Bachelor Nation, for their support. "This is just a another chapter in my story," he wrote. "One I will never forget and one I will always cherish."

While his certainly wasn't The Bachelor's first unconventional finale, the behind-the-scenes uncertainty provided for what host Chris Harrison might call one of the "most dramatic" outcomes in the show's history. Even so, all seems to be calm on the home front for now.