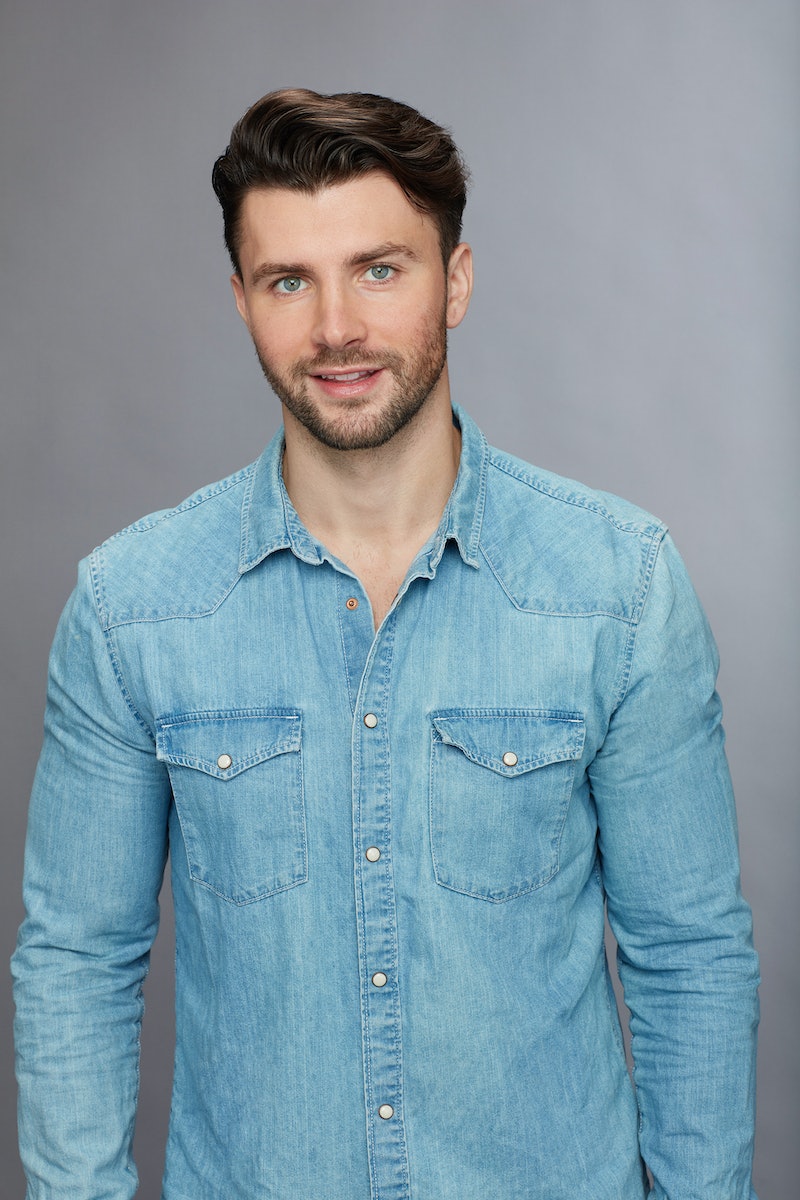 The best thing to come out of Becca's Bachelorette season, even long before the premiere debuted, is that one of the contestants listed their official occupation as a "social media participant." I love it. He should be chosen as the winner right off the bat. But still the question remains — does Kamil from The Bachelorette have a real job?

Apparently he does, but for his main headline — his grand entrance to the public at large — he decided to go with "social media participant." (Or it was chosen for him by the show.) However, his official Bachelorette bio does state that "Kamil has a successful career in real estate and dabbles in modeling." His LinkedIn states he's currently employed by Keller Williams Realty in Chester, New York, and has been since March of 2016. He also is apparently a social media manager for Hudson Valley Trips in New York City, and has been since 2016, according to the LinkedIn page, so perhaps that's the source of his professional social media-ing.

He is on social media, though, where his modeling career is more apparent. His Instagram bio says he's represented by Wilhelmina Models, and he's definitely active on there. He doesn't really seem to have sponsorships or be promoting anything outwardly on his Instagram feed, though, so maybe he couldn't in good conscience call himself a social media influencer.

But there's also the possibility that the show gave him the title and he didn't have a choice — he tweeted last week asking what exactly the job requirements for "social media participant" would be, signaling that perhaps it wasn't his first choice of phrasing. And when he shared his official Bachelorette bio on Instagram, he appeared to want to clear the air. "So whatever 'Social Media Participant' means for the new season of The Bachelorette. For everyone thinking the same thing as me. I'll clarify this below," he wrote.

"I work in Real Estate. **Model & Make Custom Training programs for many of my followers out there in this beautiful World that are looking to change their lives for the better, amongst other things..Now that this is cleared up have a good day!"

Yeah, he seems a little salty about how he was portrayed. And, speaking of Twitter, he only has a whopping 270 tweets even after having an account since 2011. Not exactly an active participant, particularly on Twitter. He does have nearly 180,000 Instagram followers, though, so maybe that's more his jam. But it seems clear that this isn't his first choice in how he'd like to be identified.

Regardless of how "social media participant" came to describe him, everyone certainly got a kick out of it — just maybe not Kamil. He was immediately the focus of the contestants when they were announced, and everyone was poking fun at the interesting title. It was exactly the type of weird, relatable, dumb joke that the internet loves to latch onto, but granted, it did yield some pretty funny content.

Hopefully now that it's clarified that he does have a real job, and doesn't simply think of mindlessly scrolling through Twitter as an occupation, people can take the time to see what he has to offer Becca this season. He's got layers, you guys. He immigrated to the U.S. from Poland and learned to speak English by watching cartoons, according to his Bachelorette bio, and that's surely not the only interesting thing about him. Everyone give him a break, let him sell his real estate, and reserve your judgment until you see more.