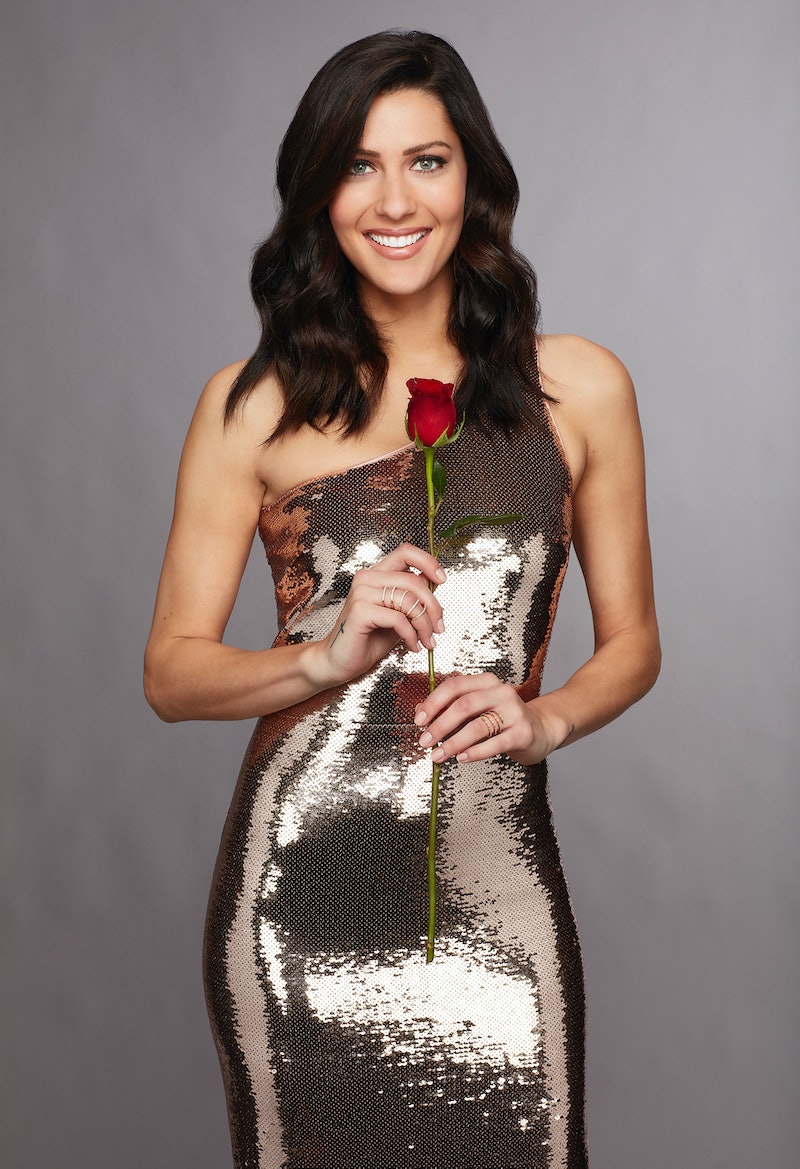 After having her heart broken on national TV, Becca Kufrin is back and giving love another shot. And if you're eager to tune in to see her "do the damn thing," as she frequently says, you'll want to meet Becca's 2018 Bachelorette contestants, which were just announced on Thursday, May 17. Of course, fans already got a sneak peek at her suitors during After the Final Rose back in March, but those were only five out of 28 guys vying for her attention.

As a quick recap, Becca and Arie Luyendyk Jr. got engaged on the last season of The Bachelor — only for the race car driver to change his mind and decide that he'd rather be with the runner-up, Lauren Burnham, instead. So, Arie broke things off with Becca on camera and let's just say it was more than a little awkward.

Luckily, Becca is bouncing back and brushing off all the drama by starting fresh with her own season of the ABC franchise. In case it wasn't clear enough that she's leaving the past behind, in her first Bachelorette teaser, she rips a heart with Arie's picture on it in half, as Kesha's song "Woman" blares in the background.

Without further ado, here are the men competing for Becca's heart this Bachelorette season. If you want to see how things shake out, Season 14 premieres on Monday, May 28 at 8 p.m. (Although, you probably shouldn't get too attached, since an ABC press release noted that seven guys are going home the first night — yikes.)