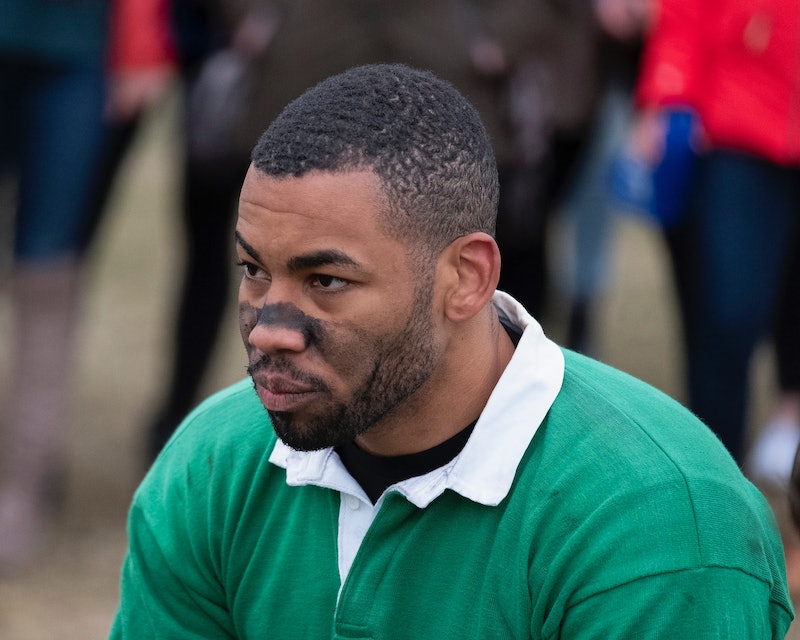 Things are really starting to heat up on this season of The Bachelorette and not in a steamy, romantic type of way. Monday night's episode once again found Luke P. at the center of controversy when he became unnecessarily aggressive during a group date rugby game. And while a lot of the guys had a few choice words for this season's clear villain, Mike's confrontation with Luke P. on The Bachelorette made a lasting impression on viewers. So much so that many fans now want him to be the next Bachelor if he doesn't end up winning Hannah B.'s final rose (and heart).

Not that he doesn't have a solid chance of lasting until the finale, though. Hannah seems more than taken with his charming personality and genuine demeanor towards her. His feelings certainly come across as legit, which is probably at least part of the reason why he so passionately went head-to-head with Luke P. after he felt Luke was not only demonstrating volatile behavior but also making the entire show about him rather than Hannah herself. “Hannah told your ass last week to stop making this about you, and you’re taking my motherf*cking time with the woman I’m trying to get to know," Mike told Luke P. during the cocktail party following the group date.

And that wasn't the only moment that found Mike coming to Hannah's defense. He remained calm and collected during the altercation while still letting Luke P. know that he was fed up with his disruptive behavior. “You and I both know for a fact that you — despite how you think that you feel — you’re the cause of her not being her happiest right now,” Mike shrewdly pointed out to Luke. Needless to say, Mike has managed to make a lasting impression on fans who would love to see him crowned as the next rose distributor — and the first black Bachelor in the show's history.

Even well known alums of the franchise like Nick Viall are rooting for Mike's chances of becoming the next Bachelor.

But Nick by far isn't the only one wanting to see this happen...

Obviously, it's too early in the season to know who stands the best chance of wearing the Bachelor crown, but Mike is certainly racking up a solid following on Twitter. And when he's not having to deal with Luke P. drama, he's also a really fun guy who has a killer smile and loves to have a good time. He still manages to show that side of himself to Hannah, but he also isn't afraid to insert himself into the conversation when he feels things are getting out of hand among his fellow contestants.

These guys may be competing against each other, but that doesn't mean respect and civility should go out the window. Mike simply wants to hold any wrongdoers accountable for their actions, which is a noble quality and proves that he does make a solid contender to be the next Bachelor. So even if he and Hannah don't end up together, it's doubtful this will be the last fans see of him in the months to come.